Super Bowl Weekend: That Time of Year When a Marketer's Fancy Turns to Thoughts of... Advertising? 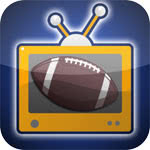 It’s Super Bowl weekend, that time of year when a very large swath of North America–and even some of the rest of the world–tunes in to see a once-a-year clash of multimillion-dollar Goliaths fighting it out in a no-holds-barred battle. There will be drama. There will be pathos. There will be unexpectedly brilliant plays. There will be dismal and desperate failures. There will almost certainly be scantily clad young women cavorting about.

There will also be a football game, but that doesn’t really interest me. The spectacle that I and many marketers will tune in to see is the annual showdown of Super Bowl ads.

Now, I’m not an ad guy, but I am a huge fan of advertising, especially when the game is played at an elite world-class level. Indeed, my relationship to advertising is more than a little akin to the relationship most sports fans have with their teams. I’m a student of the game. I often have a ringside seat to watch some of the best players in the business do their stuff. However, I can’t even begin to muster the necessary qualifications to play the game myself. Still, like any armchair quarterback, I never doubt my ability to pass judgment on the game. I sure can tell when it’s played elegantly and successfully. I can even derive a certain enthrallment when it all goes horribly wrong.

For the most part, though, I’m usually just sitting quietly on my couch wondering when the merely pedestrian is going to transcend into the glorious. That’s why epic battles like the Super Bowl are so attractive.

In the spirit of this weekend’s competition, then, here are some of my observations about the game of advertising.

The first two are the only two rules that I believe ever need to be in the playbook. (And they apply not just to advertising but to all marketing tactics.)

This has got to be the first order of business. It doesn’t matter how powerful and persuasive your messaging is if nobody notices it in the first place. This rule would seem as obvious as not being able to score unless you’re in possession of the ball, but far too much advertising simply fails this first, essential test. But don’t take my word for it. Chuck Porter, named Advertising Age’s advertising executive of the last decade, said the same thing in an interview with the Globe and Mail this week.

“First and foremost, it (has to be) advertising that people actually notice. Most advertising just goes by, whether it’s sitting on a web page or an outdoor board, or whatever it is … Technology has made it easier than ever for people to ignore you. They can Tivo you, or multitask. All kids watching TV are on their laptop at the same time. But the other side of that coin is, if they do see something that interests them, they can instantly engage you more deeply than ever before. That’s good for storytellers.”

Having arrested my attention, you must now tell me a story that accomplishes the objective of the advertising campaign. Please don’t squander this opportunity. As Porter said, “technology has made it easier than ever for people to ignore you.” If your creative has been brilliant enough to grab my attention, please follow through and tell me a story that causes me to do something, even if that something is only to gain a better understanding of an issue.

I have often heard advertising people dismiss brilliantly arresting creative by saying, “People remembered seeing the ad but they couldn’t remember the product.” Fair enough; that’s an example of an ad that got the first rule right but not the second. You must have both to succeed.

Be brave. Be very brave

This flows logically from the first rule.

I used to do a lot of work with a large advertising agency. When I first came to Ottawa, this agency was my design and creative arm. I would give them the brief for a campaign and they would develop concepts for me to show my client. There was always at least once concept so far out there that I’d be a little afraid to show it to the client. I loved that. Years later, in a discussion with the agency head, I told him, “I haven’t been afraid for a while.” He argued that there was no point in pushing the envelope because no client ever bought these truly daring concepts.

Here’s the thing: Most clients are terribly conservative and risk averse. And so they should be; their businesses and livelihoods are at stake. Apply those understandable principles to advertising, however, and it fails Rule No. 1 every time. So be brave. Challenge your client. If the most adventurous concept you show them is milquetoast, they’re going to default to something even squishier and less effective.

(It’s no coincidence that some of the best advertising, the stuff that consistently wins awards, is done for charities and other not-for-profit organizations. Much of this work is done by agencies on a pro-bono basis, so they often have far greater creative leeway since the clients aren’t not paying for the work. When you take budgets and conservative business considerations out of the equation, it’s amazing how much more daring the creative stuff becomes.)

Ya, I know. It’s a brave new world where the consumer is empowered and every interaction between brand and customer is supposed to be an engaged conversation. That’s grand, so far as it goes, but it’s often not enough to actually get the job done if the job is to move product.

Let me use an example from my personal experience. I regularly consider replacing my 12-year-old Volvo wagon, even though the thing still goes like stink and is the most comfortable car I’ve ever owned. It’s a cost thing — it’s expensive to repair and its impoverished fuel mileage bothers both the comptroller and the environmentalist in me. I wish I could get by with car sharing and the occasional rental, but there’s no car-sharing service in my home town that is sufficiently well developed or nearby to meet my often-spontaneous requirement to get to point B. The thing that really gets me thinking about going into a showroom, though, is not any car manufacturer’s website, or its social media activities, or its YouTube videos or anything else where I’m supposed to engage with a brand. The only thing that ever has me seriously consider making the switch is the epitome of a transactional ad, usually in print, that promotes a great sticker price and an ever better financing or leasing deal.

So, it’s okay to tell your customers, directly and without any expectation of engagement or feedback, that you want them to buy your thing. Do so with integrity, where the claims made in the advertising will unambiguously hold true, and you’re on solid ground even in this empowered consumer age.

Fear sells. Or does it?

I’m throwing this one in because it carries on a conversation I had via Twitter and in person this week with one of my favourite ad guys, Tony Lyons of Alphabet Creative. I tweeted a link to an article that accused computer security firms of over-amping the alarm levels on viruses and other online threats so they could sell more of their anti-virus software. I prefaced the tweet with the thesis they were doing so because “fear sells.” Tony disagreed, tweeting back, “Fear smells. Hope sells.”

I don’t disagree with Tony that hope is a better approach than fear but as our resident neuro-marketer Bob Bailly would argue, any message that taps into our reptilian brains at an instinctual level is bound to be potent. And few things are more instinctual than fear. (Tony will have grievously let me down if he doesn’t pick up the threads of this in the comments, below.)

Sex sells. Or does it?

One of the most controversial Super Bowl advertisers of the past several years has been American domain-name peddler Go Daddy, whose racy ads featuring scantily-clad young women have fuelled this company’s meteoric rise to dominance in what has to be one of the most commodified marketplaces there is. The company is in trouble again this year, but not for revealing too much skin. Rather, the Television Bureau of Canada, which must approve all TV advertising in this country, has called Go Daddy offside for showing a half-empty glass of champagne in an ad. While it’s okay to show booze in an ad in Canada, it’s a no-no to imply that it’s actually being consumed. Half-dressed young women, okay; half-empty champagne glasses, not so much.

About those Super Bowl ads…

Here in Canada, we used to miss out on those epic American Super Bowl ads. Even though the game was broadcast live, rules in this country allow the domestic television networks to run their own, inevitably far less interesting, commercials. These once-a-year championship messages were also regularly treated with the same secrecy as a movie premiere. This is not so much the case any more with those commercials usually being made available on the ‘net. Not all of this coming weekend’s spots have been released as of the writing of this post, but you certainly get a preview by searching for “Super Bowl commercials,” a phrase that Google says Canadians search for more than anyone else, including Americans. (Or you can go here for previews of ads by Doritos, Mercedes Benz, Go Daddy, Hyundai, Gildan, Sketchers, Taco Bell, Audi, Toyota, AXE, Volkswagen, Coke, Pepsi. miO and Beck’s.)

Finally, Canada’s Research in Motion, which renamed itself BlackBerry yesterday as part of its launch of its latest products, is running a Super Bowl commercial for the first time in the company’s history. Unlike the other brands listed above whose pre-show release of their ads regularly drives a significant increase in impressions gained, BlackBerry is choosing to keep its ad under wraps, although the company has said the ad will be part of a complete game-day promotion that will include “a number of pre- and post-game on-site, digital and social activities, including real time engagement with BlackBerry social fans on Facebook and Twitter, as well as extending and amplifying exposure and fan engagement through Promoted Posts and Sponsored Story ads.”