Why Mobile Is the Next Major Development in Customer Service 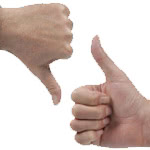 Four powerful influences are converging to form a customer service perfect storm for big brands. Gartner calls the confluence of social interaction, mobility, information and cloud computing the “Nexus of Forces,”which will shift the balance of power in customer service in two key ways:

Perhaps never before have major customer service channels been so interdependent, as social and mobile are. Both disruptive and widespread technologies in their own right, together they are revolutionizing the way consumers communicate with each other and with businesses, organizations and even government.

According to Gartner, the Nexus of Forces has created a user-driven ecosystem and a vast amount of information which must be gathered and managed from more sources and customer service channels that ever before. “Together they are revolutionizing business and society, disrupting old business models and creating new leaders,” says Gartner about the convergence of social mobile, information and cloud computing.

“The Nexus is the basis of the technology platform of the future,” with cloud computing serving as the glue, they add. “Without cloud computing, social interactions would have no place to happen at scale, mobile access would fail to be able to connect to a wide variety of data and functions, and information still would be stuck inside internal systems.”

The Nexus effectively levels the playing field between both the consumer and the brand as well big, slow-to-change organizations and the smaller, more agile companies which can act and capitalize on trends more quickly. Consider these compelling statistics regarding the accelerated rise of social and mobile:

For those organizations that don’t or can’t adapt to the “Nexus of Forces” and the rise of social and mobile as major customer service channels, they may find themselves going the way of the dinosaur, replaced by a faster, more agile and adaptive breed of business.

[This post originally appeared on the Parature company blog and is republished with permission.]