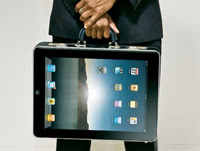 It is likely that in some point in your career you’ve either heard of or used the business tool that is most commonly referred to as ‘The 4 Ps of Marketing.’ These ‘4 Ps’ have been used since the mid-20th century to help companies define how they are going to promote the right product, in the right place, at the right price.

I’m here to tell to you about a new set of ‘4 Ps’ – the ‘4 Ps’ of how the iPad is changing the game of selling. Apple’s introduction of the iPad in April of 2010 revolutionized the computer business more than any other computer product since the PC was introduced in 1981. The iPad has been at the forefront of the recent global surge in tablet computing – it took Apple only two and a half years sell 100 million of them.

One of the main reasons why the iPad has been so successful is the fact that it has been widely adopted by large enterprises. In fact, Apple reported in October of last year that the iPad is being used by 94% of the Fortune 500 companies in an ‘official capacity.’ The iPad is a fun and easy executive communications device – but more importantly, it’s changing how things are getting done in the business world and in the game of selling.

The first and most observable ‘P’ stands for presentations – the iPad is changing the way sales presentations are being given. Since the iPad was first introduced, sales people no longer need to carry around brochures and handouts to pitch their products or services. The iPad is a great presentation tool because it can be used to give presentations in a wide-range of scenarios, from an intimate one-on-one meeting to a sales pitch in front of hundreds or even thousands of possible buyers (the iPad can easily be connected to TVs, monitors, and projectors). The iPad’s retina display is a game-changer as it allows presentations to really come alive for the intended audience, whether it be through imbedded videos or the interactive nature of its intuitive touch-sensitive display.

The second ‘P’ stands for Point of Sale (POS) – the iPad is changing the way retail transactions are being completed by not only allowing sales people to brainstorm with their customers, but also to close deals on the spot.

Many companies who have adopted the iPad have created internal apps for the tablet that serve many purposes, one of them being a cloud-based catalog for their sales people. With this catalog, a sales person can check inventory levels with the tap of a finger and display both a graphic of the product along with the inventory and/or expected shipment date in real time in front of the customer. For example, at many Mercedes Benz dealerships, sales people are using iPads to find the specific car a buyer is looking for, display options that can be added to the car, check credit scores and set up financing, and even make an appointment for the first scheduled service.

Magic can happen when a customer and a responsive sales rep begin to collaborate on a solution using the iPad. Whether it’s a new product design, a flowchart of a new business process, or a list of key participants on a new project – with freeform creative tools like Adobe Ideas and Doodle Buddy, you can literally draw your solution or write notes with the tip of your finger, and then save, store, and share them instantly.

The iPad is also being used to accept and process payments, allowing sales people to close deals on-the-go. Mobile payment service providers like Square, VeriFone, and Intuit allow users to sell good or services and collect payment via credit card through card readers that easily connect to the iPad.

The third ‘P’ stands for productivity – the iPad is changing the way sales people reach new levels of organization and efficiency. The iPad is making it easier for sales people to seamlessly collaborate with colleagues thanks to cloud-based infrastructures like Dropbox , Google Drive, and Box, just to name a few. Some CRM systems like Salesforce.com have their own apps that let users collaborate in real-time using the iPad (e.g., Salesforce Chatter). To top things off, the iPad provides easy (and more importantly, quick) access to important data thanks to its ability to ‘wake’ from sleep mode, right where the user left off.

The fourth and final ‘P’ stands for practice – the iPad is changing the way sales people are preparing for their pitches through video recording, sharing, and review. The iPad’s lack of a physical keyboard and mouse makes it more difficult for one to create certain kinds of content (like Powerpoint presentations) when compared to a desktop or laptop. However, one part of content creation where the iPad outshines both desktops and laptops is video content creation.

Sales people are now using the audio and video capture features of their iPads to record themselves practicing their pitches. By doing so, they can work on the parts of their pitches that need improvement, like explaining a new product, asking for an order, or even suggesting a follow-up plan. With the iPad, sales people no longer have to practice in front of the mirror or a bored-yet-sympathetic relative.

Video as a training tool can incorporate all three of the major ways people learn: seeing (visual learning), listening (auditory learning), and doing/teaching (kinesthetic learning). Therefore all people in a sales organization (regardless of their individual learning style) can benefit from video training when it is combined with practicing and doing. Regardless of how technology evolves, it is likely that the new ‘4Ps’ will be important in the world of selling for the years to come. 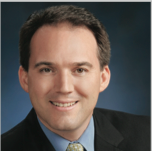 President, How the iPad is Changing The Game of Selling
Ipad Sales Training Expert, Author, Presenter
Mark Magnacca is the author of SO WHAT?- How to communicate what really matters to your audience. He is President of Insight Development Group which specializes in creating and delivering specialized sales training in the financial services industry. ...