Let's Talk Jaspersoft: Behind the Software with CEO Brian Gentile 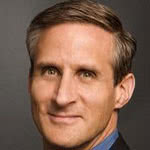 One of the areas that often gets left out in talks about the current business intelligence craze is embedded BI, or systems for data analytics built directly into other software programs. This sort of function is especially important to software engineers since the need to track data and usage statistics is constant. It’s for this user base that Jaspersoft designs its open source BI tools. We talked to Chairman and CEO Brian Gentile to find out more.

What was the inspiration behind Jaspersoft? Was there a specific business need the founders saw that wasn’t being addressed at the time?

Yes, there was. It’s actually an interesting story. It begins around 2000 with a Romanian Java engineer. He was a consulting engineer with great Java skills and he was working on a project for a customer to build an application. The application needed reporting–elegant, integrated reporting, to be part of it. This engineer’s first instinct was to go and see if he could use one of the most popular reporting tools at the time called Crystal Reports to see if that fit his needs.

As he investigated, including using Crystal Reports, he found two fatal problems. The first was that at the time Crystal was more than ten years old and based not on Java but a hybrid of earlier code types which were relatively weighty and so on. So he could have maybe made it work, but the technology itself wasn’t aligned with what he needed to build in Java.

The second problem was perhaps even more fatal, the pricing model. When he contacted Crystal with the idea of building and OEM’ing their technology, the prices he was quoted were greater than the total budget allotted to his project. What he did next was fundamental to Jaspersoft, which is he built his own Java-based recording library and called it JasperReports. He wanted a “J” word for Java and he wanted it to be a gemstone that was inexpensive and common everywhere. Jasper appears on every continent in various colors and forms. It’s very common and it’s known to be inexpensive and widely used. So he thought that was a perfect metaphor for what he wanted to create.

He puts this library out into the open source world because he figured others could benefit what he’d done as well, but he had no idea how many others, because soon it was thousands of downloads per month. And even today it’s a hundred thousand downloads per month or so. And so that’s the origin of Jaspersoft. We build everything else on top of that, and starting around 2003 we formed a commercial company around this technology and continued to build a complete open source, Java-based, purely web-oriented lightweight BI toolset.

Where does Jaspersoft fit into the data analytics industry? What do you offer that the competition doesn’t?

It’s a very broad and competitive space in business intelligence. It’s very broadly defined, so there’s so much room for different types of companies that come at the market from a different angle. Our own angle has always been from the perspective of the developer and embedded BI. This is where we’re strongest.

If you think about the story I described to you, the DNA that’s come out of that is that we really understand people who are building software and the need they have to incorporate reporting and analytics into that software. Now we estimate that Jaspersoft is used in more than 130,000 applications around the globe. We have more than 16 million downloads of our software. We have 350,000 registered members in our community, and that continues to grow at 5,000 per month. So this is angle we have. It’s an unusual angle, there aren’t really many other companies in BI that are software companies, that live and breathe building tools for others who build software.

How has the BI industry changed since the company got started around 2001 and went commercial in 2003?

The industry’s gone through a few phases if you think about it. BI as we know it today is about 25 years old now and in that 25 years it’s gone through a number of phases, but just in the last ten years we’ve seen an amazing consolidation of the biggest BI players. So you see a number of players like Hyperion going into Oracle. Siebel Analytics going to Oracle, IBM acquiring Cognos. This consolidation has opened up the need for new innovation.

Whenever there’s consolidation of that sort you increase the vacuum around which new innovation must be born. And so Jaspersoft is part of the jet stream of that consolidation. At that time, 2003 or so, Crystal was acquired by Business Objects, and then shortly thereafter Business Objects was acquired by SAP, which left a vacuum in the world for a modern, lighter-weight Java-based reporting and analytics tool.

Today, for a lot of reasons, it’s much more democratic than the traditional model of analytics as the province of the relatively few. We serve a very broad audience with our tool set–skill types, business backgrounds, there’s great diversity. The breadth of end user types, of customer types, has expanded greatly, which I guess is the other major hallmark of the last ten years.

What are some of the distinct advantages that being open source grants to a business intelligence company?

Business intelligence hits below the application layer. It’s not middleware either, so it’s somewhere in this limbo land. Because of that, what ends up happening is functional customization for a wide variety of uses vertically, horizontally, functionally. So what we see is a deep technical community that’s helpful for testing and tweaking features. It’s actually pretty expansive.

And there’s a higher-level community too. It’s more business oriented, they might not know Java coding, but they know a lot about analytics in their domain and they bring that functional expertise to our tool set that we don’t have. We don’t know anything about health care management, but we have lots of partners and customers who do and they create their own customizations. What we try to do is help make those shareable by bringing those customers together in events and forums.

One of the big pushes in BI marketing right now is bringing data analtyics down to the small-to-medium business (SMB) market. Is that market a priority for Jaspersoft? If so, what kind of challenges do you face in reaching out to that market that you wouldn’t necessarily encounter with larger businesses or enterprises?

It’s not an extension for us. It would be for one of the old proprietary BI vendors, where they’d have to think about slimming down their tool or pricing it to make it palatable to a small business, which is in fact exactly what many of them have tried to do.

Those services and products have mostly failed because they’ve failed to really reach the small business audience. It isn’t just about taking an enterprise-class tool and slimming it down. It’s the wrong fit, the wrong design. What the audience has always needed is something a lot simpler, lighter weight and less costly, not just because of less costly licensing, but less costly across the board.

Here’s a fun example: I’ll just point out that you could download the entire Jaspersoft suite and all of our analytics–everything–and it would fit on a 500 megabyte thumb drive. Now compare that to a comparable suite that might be something like 60 gigabytes. It’s so fundamentally different. We’ve always been popular with small business because we’re lightweight, easy to install, get up and running and use. And yeah, we’re inexpensive, that’s a big part of it too, we’re much more affordable, but if we just had a cheap license fee price, that wouldn’t be a deal because we wouldn’t have been designed for use with those smaller businesses that don’t have the resources to deal with too much complexity.

I think the issue of price is a bit of straw man. For the SMB market it’s more about the effect you get out of the service since it will be more immediate for them than in a large enterprise that can afford a six-month implementation period.

Precisely. Even Gartner–and I say it like that because Gartner is really on the edge of things, they’re usually a trailing indicator of things–in their most recent BI report has said “Yeah, Jaspersoft is the total cost of ownership leader, not only for the price of the product, but in maintaining their advantage over time with their customers.” And it’s not us saying this, it’s our customers telling Gartner.