Knowledge Management and Social Media: A Friendship At Odds 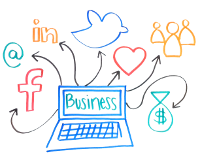 Despite their similarities, they are also two distinctly different ways to organize information — but why?

KM can serve as either an intranet for employees or a knowledge base for customers. It makes information organized and accessible, capturing the collective experience of the organization and reducing the need for help desk support. It does integrate social tools like instant messaging, threaded forums or wikis as well. It also works to help promote overall branding consistency by sharing secrets within the company, strengthening the workforce overall.

Although KM organizes the company’s information, it may be falling out of style. Knowledge management is a top-down approach. It works from the company’s administration, setting the permissions and categorizing the data.

Unfortunately, this approach to sharing knowledge isn’t always well received. Mark McDonald of Garner Executive programs describes KM as “what the company tells me I need to know based on what they think is important.” Venkatesh Rao of E2 Blog says it’s a generational thing: the emerging workforce is not interested in a top-down approach. They wish to generate knowledge on their own accord with their own incentives.

Because employees were unmotivated — or even reluctant —  to serve as experts on the system, many KM implementations failed. According to John Macy at an AHRI seminar held in Sydney on 7 March 2013, sharing this knowledge would make his position in the company dispensable and no longer unique. Without key players, information on the knowledge management system became trivial and lacked value. In order to succeed, KM needed the bottom to thrive.

When social media took the scene in the mid-2000s, the top-down KM approach encountered an opposing party that took control from the ground up. McDonald describes social media, in contrast to KM, as “how my peers show me what they think is important . . . in a way that I can judge for myself.” The sheer power of the bottom-up approach gave employees an incentive to be themselves as a professional — and suddenly they were self-organizing with colleagues and sharing information in a way a KM system didn’t evoke.

While KM broke the cubicle walls, social media turned knowledge sharing into a global forum. KM’s rules and filters had been challenged by the personal and sloppy scope of social media.

KM solutions have evolved to incorporate social tools, but even if they are the same tools, they don’t feel the same. A powerful, modern example of a KM system is Igloo, which manages documents and allows communication with blogs, forums, and even microblogs organized with hashtags.

Sound familiar? Igloo’s solutions page makes this distinction: “If this sounds like Facebook – it’s not. It’s built for business.” These social tools exclude potential participants like friends, relatives, and strangers. Igloo utilizes a controlled intranet, explaining that “how you use these in a business context is very different from using them in your personal life.” But with the continually blurring line between work and personal life with BYOD and Twitter as a job seeking/recruiting tool, some may beg to differ.

KM and SM: The Key Difference

Social media resides on the internet and KM is a carefully contained intranet. But what really sets them apart is their structure. Differences at the structural level are the reason they don’t overlap or evolve together as you might expect. Couchbase CEO Bob Wiederhold, in an interview with Business-Software, said that technology is trending towards less-structured databases:

Because data is being collected rather than contained, applications are finding ways to parse massive amounts of data accumulated from large numbers of users. They provide a constant stream of data through the apps’ interactive experience. A rigid structure can’t manage loosely defined and elusive data, and containing that information on one machine becomes problematic. Wiederhold explains that because of cloud based technology, data-centric applications, and a large number of users, “a massive shift [is] taking place.”

While social media and knowledge management look similar at its core, they come from opposite sides. KM had a structured upbringing, nourished from the top-down, whereas social media was crowdsourced, unstructured, and raised from the bottom up.  Instead of complimenting one another, they clash. With blurring lines between personal and professional worlds, one may outlive the other. Right now, the world is deciding.