Trends in Social Ads Give Control to the Consumer 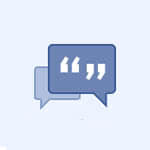 If you’ve been keeping up with social news lately, you’ve likely seen that many of the larger social platforms are making changes to their advertising offerings – some offering social ads for the first time and others changing how their ads appear. One thing that all of these changes have in common is that they all grant some extent of control to the audience.

If you haven’t been able to keep up with the social news, don’t fret – here’s a high level recap so you’re “in the know”:

Like many digital media platforms, Facebook has an algorithm that dictates which ads are shown to consumers. Marketers have long been able to tell Facebook who they would like to show their ads to. Targeting capabilities allow advertisers to reach an audience as broad as women ages 35-55 or as specific as individuals who have been engaged for six months and live in Charleston, South Carolina.

Marketers will still have these targeting capabilities, but Facebook recently announced that they’ll be changing their algorithm to place more emphasis on consumer feedback, such as ads that have been hidden or reported. For example, if a consumer always hides ads from exercise equipment companies, they’ll be shown fewer ads from that category in the future.

Pinterest began monetizing their platform with Promoted Pins, something that has been speculated for a while now. These Pins, which have already started appearing in some consumers’ feeds, appear just like any other Pin but are Promoted (sponsored) by businesses to appear there. When announcing that Promoted Pins would be rolling out, CEO and Co-Founder Ben Silbermann promised that they would be tasteful (no flashy banners), transparent (clear that they’re being paid for), relevant and improved based on consumer feedback.

Last but not least, Instagram recently announced that ads will begin appearing in Instagram feeds later this year as well. There aren’t many details about the ads yet, but the photo-sharing company promised that they aim to make advertisements feel as “natural” as non-sponsored photos and videos from other brands. Also, they, like their parent company Facebook, assured consumers that they “have control” over ads that they see, with the ability to hide ads and provide feedback. A recent Business Insider article explains what social media marketing company TBG Digital thinks Instagram ads will look like.

Notice any commonalities with the new ad changes? All three platforms make it clear that consumer feedback will be critical to ads that are shown. Like search, in which consumers’ search habits and engagement dictate which ads are shown, social advertising provides a structure that, when utilized properly, allows marketers to reach a highly relevant audience.  Marketers are not only able to leverage the wealth of information that consumers willingly provide on most social platforms, but also utilize feedback to ensure that they’re reaching

consumers that are most likely to engage.