Today, Steve Jobs announced at the Apple Music event that there will be a new operating system for the iPad. Jobs gave a preview of iOS 4.2, which will take the iPad to the next level. This free update will be available in November of 2010.

The iOS 4.2 will support the iPhone, iPod touch and iPad. The iPad’s update will include folder organization, multitasking and a new application entitled AirPlay. AirPlay will allow users to stream video and audio from iTunes to your iPad. The iPad will even be able to print to any printer connected to your computer or networked printers.

While Apple promised that the new operating system would be released by this September, it will not be released until November. The new iOS does not have all of the features that many have been hoping for but at least it will soon be on a similar level as the iPhone, with multitasking support that the iPad does not yet have. 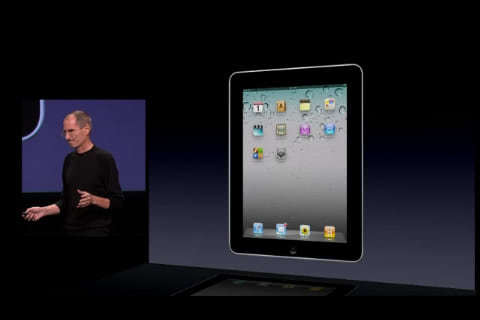 Jobs announced many other things at the Apple Event, such as an updated iPod Touch, which is very similar to the iPhone 4. Apple iTunes 10 will soon be released as well as the much anticipated Apple iTV.

To find out more about the updated products, go to Apple’s website.