Android TV Tablet to be Released by Motorola and Verizon

Reports say that an Android-OS tablet from Motorola and Verizon may be released by this fall. The 10-inch Motorola tablet would utilize Verizon’s FIOS digital TV service and thus enable mobile television. This would pose as one of the first major Android tablet answers to Apple’s iPad.

The Android tablet will support Flash video, which the iPad can’t due to an Apple vendetta against Adobe. It would include a rear-facing and front-facing camera for video conferencing.  The device is also likely to have 3G connectivity to Verizon’s network.

Both Motorola and Verizon had made individual statements that they were planning Android-based tablets, though neither had mentioned any partnership. In May, Verizon CEO Lowell McAdam said the carrier would collaborate with Google to make an Android tablet. Later in the same month, Motorola co-CEO Sanjay Jha remarked that her company was working on a companion device that would provide a TV service. 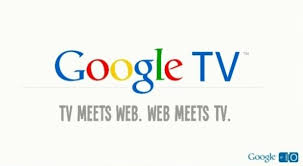 A partnership among these three developers could turn out a very exciting product. If these reports are accurate, the device would be able to stream live television, access Flash video from TV episode websites such as Hulu. Perhaps the Android tablet will also be integrated with the upcoming Google TV, Google’s video platform that will try to merge television and web video.

No details on specifications, price, or release date are yet out on the supposed Android tablet. It may not be the only iPad challenger out by the end of this year; a host of companies are looking to produce their own tablet, several with Android operating systems, to compete with Apple’s product.