Benefits of VR for Business Processes 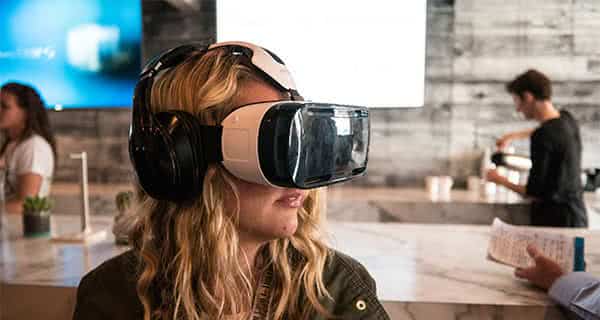 Virtual Reality has become one of the biggest buzzwords with the release of several headsets this year. With the rise of VR, software developers have been building new and innovative applications to be used with this up-and-coming technology. Most people first think about the entertainment industry being one of the first-adopters of VR, especially the video game and movie industries; however, people don’t realize that VR is breaking through barriers in the business world as well. By saving money through building new products inside a virtual world, training new employees in high-risk fields, such as surgery and even serving as virtual tours for new office space or homes being sold in the real estate industry.

Building a new prototype for every tweak R&D makes can cost a considerable amount of money. With VR, businesses can cut expenses by never actually building products in reality but instead engineering them in a virtual world. Computers have become incredibly accurate at simulating physics, allowing you to build almost anything inside a program. VR could be extremely useful for companies and their employees that are in the business of engineering dangerous or harmful products for the tester.

Certain jobs are difficult to train for; it’s challenging to get realistic practice without actually performing on the job. VR can fix this problem by breaching the gap between reality and training through simulations of an actual surgery. Companies could even use a simulation of a crowd to aid in overcoming the fear of public speaking — the possibilities are endless with the help of virtual reality.

Business seminars would evolve into something completely different. Instead of having to physically travel somewhere, you could purchase live streaming tickets. There would be no need to book hotels or flights to travel somewhere. Instead of only a select few employees being able to go train at a seminar, everyone could observe and learn. The presenters could allow viewers to try out new products right then inside a virtual world.

If a company is trying to expand its office space, it can build an entire building, try it out, and tweak it to their liking without spending a dime. Companies have had to spend millions fixing mistakes that could now be solved walking through their office before it has been built.

As we introduce more technology into the world, the smaller it gets when it comes to communication. Already, people can host video conference calls from across the world. However 55% of communication is not only transmitted through only body language. VR fills in what video conferencing lacks, preventing as much miscommunication as possible. Instead of just sitting in front a screen, you can sit in a virtual office space, where your co-workers can stand in front of each other and communicate in a natural manner.

Instead of having HR set up interview times and days, they could meet with job candidates virtually. Virtual Reality could give HR a more realistic conclusion by putting employees in certain situations to see how they would react.

Virtual Reality technology is an unknown frontier; therefore we are learning about not only the advantages of using VR, but also the side-effects — especially for the long-term user. One of the common problems some people face when using VR is having motion sickness and disorientation. Another issue is that people can’t use a VR headset while wearing glasses. VR companies have taken note to this issue by changing the focus of the headset.

A more social issue is the fact that the more the user becomes immersed, the less connected they are to the outside world. A similar movement occurred when social media became such a significant channel for communication. People started tweeting and posting statuses more than having actual face-to-face conversations. Just how social media changed the work environment, virtual reality may cause people to be less interactive with each other at the workplace since they are walled off from reality. Many people have experienced these issues and the manufacturers are currently researching to fix these problems.

Even with the issues some people are facing, virtual reality could possibly be the future. These benefits are only the ones we have already discovered, and many more are to come as we introduce this technology into the world.

Share your thoughts on virtual reality by tweeting us @BiznessSoftware! Stay up-to-date on all of the news and trends by visiting the Business-Software.com blog. 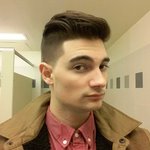