Behind the Software with CloudBees CEO Sacha Labourey 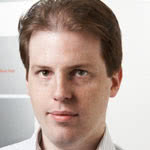 These days more and more business processes are moving into the cloud as the progress of technology and competition in the industry improve service and drive down costs. But what about software developers themselves? Are there benefits to them moving their work onto the cloud? Sacha Labourey, CEO and founder of CloudBees, says yes. In this interview he tells us how his company provides Java developers with all the tools they need for development as well as delivery.

How did CloudBees get started? Was there a specific business need in the software development community that wasn’t being addressed at the time?

There was a need that was not being addressed, but I was blind to it for awhile. Sometimes it’s hard to see what’s behind a paradigm shift, and so it just seems like things are fine the way they are. At the time I was hearing a lot about cloud computing and to me it was just not very interesting. I assumed it was just a bunch of servers running somewhere and that’s it. It took me awhile to understand it really could offer something much more interesting to software developers that would change the way they do their work.

Could you give some general examples of the kind of applications your clients are creating inside the CloudBees framework?

First of all a lot of the start-ups are using the cloud because it’s what they should be using. It would be crazy not to use it. In terms of the types of applications we typically see the same type of scenario happen again and again, and one of them is the need for a mobile application. So you’re an enterprise, maybe you have multiple business units, you have some existing websites and desktop applications, and you realize to remain competitive you need to provide a mobile application, because that’s where the market is going.

What’s attractive about that is that most enterprises don’t know how to implement mobile applications. The only thing they know is that they need them fast, because it’s a very competitive market out there. What we see a lot is business units going to IT asking if they can work on such a mobile solutions, and the answer they’re getting from IT is “Yes, we could, but only in 18 months because we have such a big pipeline or backlog of things to labor on, so 18 months is the best we can do.” That’s not a satisfying answer to the business.

What kind of advantages does a development team get by working in a framework like CloudBees that they wouldn’t get through an IaaS solution like Amazon Web Services (AWS)?

It’s important to mention that many CloudBees services are compatible on top of Amazon Web Services. And so we see a lot of our customers actually coming from direct usage of AWS to using our platform as a service instead, which still runs on another web service, but there they have a controlled environment to focus on building their company and don’t have to focus about details that are just a waste.

I’ll give you an example of what I think is a poster child for this kind of next generation software company. This company is called Loseit, and it’s a mobile application to track your weight. This company has millions of users. They generate up to 30,000 visits in a minute on the cloud-based platform, yet they only have two engineers. Two engineers are able to produce such a successful service, and the reason for it is that they only focus on their business. They don’t care about keeping up the fidelity of service, about database, they don’t care. They wake up every morning to work on the next feature they think is going to bring value on the cloud-based platform, and they’re good to go. It takes place in a click and that’s it.

How would you characterize the industry or community of developers who work in Java? Do they have any special priorities or needs that you need to be conscious of?

Yes, absolutely. Java was born 15-20 years ago, so during that time a lot of best practices and tools were built around it. Java workers are expecting some of those tools to still be around. So the Java community tends to focus a lot on testing, making sure they have some process to run quality checks on software. That’s what they’re used to. The challenge for a company like CloudBees is to provide great service for them, but at the same time recognize the need to respect their DNA and make sure we provide the tools they use. That’s what we’re doing and that’s what has been hard for the top vendors out there. We’re trying to provide a huge platform for any language.

Yes, and it’s a very strategic action for CloudBees. More than 80 percent of our customer base come into CloudBees to solve a mobile application issue. As I said before, these customers have existing systems that work on premise, so what we do is just provide all the tools.

And so we have partnerships where companies come in and we help them provide an environment where applications can be put on a phone or other real device, where you open the application and test it by just using the phone with your hands and fingers. You can test the code you produced for each version before it gets into production. I think that’s what motivates a lot of companies to hire CloudBees specifically for their mobile projects.

How has your 2010 acquisition of Stax Network affected your business? What has it provided you in terms of technology and resources?

It was very important. We founded the company in April 2010 and our goal has always been to provide Java operators with an environment that addresses the complete application life cycle. So what that means is that a client could come to CloudBees, store the code and go all the way to storing the application without ever having to leave the cloud. And most of the other cloud vendors focus on that last part.

In 2010 we made two acquisitions actually. One of them was InfraDNA, the company founded by Kohsuke Kawaguchi, who created Hudson, the continuous integration server. InfraDNA was in fact a very interesting company because they were actually one of the first Java platform-as-a-services on the market. Both companies had a lot of raw business and a lot of expertise, so they have been a great addition.

How has your industry changed since you got started in 2010?

So much has happened in three years, but I think one of the most fundamental changes we’ve seen is how the perception for the public cloud has changed. A few years ago if you were to say that 80 percent of new workloads would be run in the public cloud by 2020 then we’d think you were nuts or a dreamer!

Platform-as-a-service has seen many changes in the past three years. The industry has done a great job in training users on the public cloud, improving the safety and security for a lot of enterprises. They now have a lot of great case studies, whereas if you looked just a few years ago, the burden would have been on your to explain to IT how the public cloud could be safe. Now, it’s up to IT to explain their objections to the cloud, where it’s not safe and why it isn’t safe. So I think one of the most major changes is that IT organizations have come to clearly understand that the public cloud is very real and something we have to work alongside and not against.

Cloud technology is traditionally seen as empowering small-to-medium businesses, but we’ve recently seen an increase in interest amongst enterprises as well. Is this something you’ve experienced?

Yeah, it’s very much what we are experiencing. I was working at a company called JBoss back in 2001 and I see very much the same trend as I did back then. But back then it was not about the cloud, it was about open source software, and a lot of companies were using open source to be much more competitive, but enterprises were hesitant becuase they didn’t understand the licensing side of it.

What’s the biggest challenge you’re currently facing, either in terms of business or technology, and how are you addressing it?

I think the main challenge we’re facing is education. When we started this interview I told you that before CloudBees I thought that the cloud was just a bunch of remote servers, and it took time to realize that was something else behind it. And I think that’s still the case for a lot of Java developers. A lot of the true value of the platform and the services provided by the cloud are hard to share in just words and in white papers, it’s it’ really something you have to go through and try yourself. It doesn’t take long, it might even just take as little as ten minutes of your time to see the light, but when you do I can tell you that your life as a Java developer will never be the same.

Some of the difficulties we’re encountering is how to have developers just give the platform a good try; not even for them to push a whole production project onto the cloud, but just to get educated, try the platform and decide whether it’s something that you can see yourself using a lot. That sort of market-wide education really is something Cloudebees cannot address alone. It’s something that all the vendors in this space will have to help solve–mostly by improving their marketing and better educating the market itself.