Cybersecurity Basics During Tax Season & Beyond 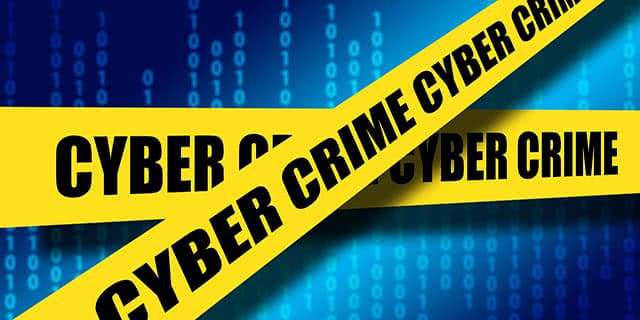 April 17 — Tax Deadline Day — is quickly approaching. It’s also a prime time for scammers to take advantage of people and try to steal their personal information and money.

Most Americans are in the process of filing their taxes right now. With so much personal and financial information floating around out there, it gives cybercriminals the opportunity to swipe this information.

It’s a big deal. Nearly one in three consumers who were notified that their data had been breached had also become victims of identity fraud, according to a 2017 Identity Fraud Study by Javelin Strategy & Research. Plus, the recent Equifax attack remains at the top of many people’s minds. That incident serves as a reminder that your sensitive information is always at risk. Not to mention, tax season always sees an uptick in scams as well.

The faceless and nameless people who commit cybercrimes can do so in a variety of ways. They spread viruses, steal data and even your identity. Computers work as weapons for cybercriminals to spread spam, commit fraud and carry out conventional crimes. Most alarmingly, they can also use a computer to save stolen or illegal data and sell it to the highest bidder.

Cyber intrusions are becoming more commonplace and more sophisticated every day. The FBI is the lead federal agency for investigating cyberattacks, and they understand the scope of what’s at stake.

“Our nation’s critical infrastructure, including both private and public sector networks, are targeted by adversaries,” according the FBI. “American companies are targeted for trade secrets and other sensitive corporate data, and universities for their cutting-edge research and development. Citizens are targeted by fraudsters and identity thieves, and children are targeted by online predators.”

So, What Can You Do to Protect Yourself Against Scams?

Be aware of any phone calls from people claiming they are from the IRS and demanding immediate payment. Even if you do owe the IRS money, they will never call you on the phone. The IRS always notifies you by mail first and never asks for a lump sum of money over the phone. Do not let these impersonators try to get a MoneyGram or any other form of payment out of you. Most importantly, don’t give your credit card information out over the phone.

Believe it or not, many victims do fall for this every year. Tens of millions of dollars end up in the hands of cybercriminals because people think these requests are real.

One of the simplest things you can do is to make your passwords more secure. Passwords that are easy to guess or are too short are like giving a cyberthief your banking PIN. Creating longer passwords that combine upper and lowercase letters with numbers and symbols offers better protection.

Even with these security concerns in mind, humans tend to be predictable when it comes to creating passwords. According to Panda Security, a password like “S3cur1Ty%” may look random, but it’s not too tough for criminals to crack. Why? Most people tend to capitalize the first letter in their passwords. We also tend to use the same numerical substitutions for letters, such as “3” for “E” or “1” for “I”. Keep these common traps in mind when looking to make your passwords more secure.

How to Protect Yourself from Hackers Targeting Your Accountant

There’s been a recent surge in hacking on CPA and tax professionals’ computer systems. Instead of targeting one individual, the thief can go directly into a tax preparer’s system. This allows them to retrieve information on thousands of people at a time. In many cases, the Wi-Fi networks are not password protected, making them easy targets.

It’s been so bad that CPA firms have been hiring cybersecurity experts to hack into their own computer systems. By safely exposing vulnerabilities, the CPA firms can fix their security issues before any problems occur.

Tax preparers should always encrypt their clients’ data, use antivirus software on computers, protect Wi-Fi networks with passwords, and call the IRS immediately if there’s been a breach. As a citizen, you should ask whoever prepares your taxes if they have these security measures in place. Don’t assume your information is safe just because a big company or even a smaller accounting firm is doing the work on your behalf.

Many people pay to have their taxes done by a professional or buy tax software. However, if you make less than $64,000 a year, you can go to IRS.gov and look for a free filing tool. There are 20-plus software providers that will do your taxes for free.

Whichever route you go, be sure to safeguard your personal information and do your due diligence. Always do what you can to protect yourself from cyber criminals and hackers this tax season and beyond.

Cybersecurity Basics During Tax Season & Beyond