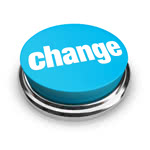 One key element is that these organizations must embrace and foster a culture of experimentation in which failure is acceptable as long as the intentions were relevant and the mistakes learned from the failure were captured, so we don’t go on repeating the same failures over and over again.

This is the topic for the presentation I gave at TrendForum in Berlin earlier this year:

This is not the case today because most companies have a ”low tolerance for failure culture.” This leaves no room for experimentation, and unsurprisingly, the punching bag for this becomes the top leadership.

The Corporate Hierarchy of Innovation Failure

Before I get into why top leadership takes the blame for this and what can be done about it, I want to share some thoughts on the definition of failure in the context of innovation. Like most words, it can mean different things to different people. It can also be defined differently from one organization to the next.

Paul Sloane, an internationally known author and speaker on innovation and leadership, points out, it’s important to “distinguish between the two types of failure – honorable failure is where an honest attempt at something new or different has been tried unsuccessfully, and incompetent failure where people fail for lack of effort or competence in standard operations.”

Jamie Notter put it this way in a blog post: “A mistake is when you do something wrong, even though you knew the right way to do it. Failure is when you are trying something new, and you don’t know ahead of time how to make it successful.”

Tim Kastelle, who co-writes the Innovation for Growth blog, says, “Mistakes are things you do even though you know better. Experiments are tests designed to expand your knowledge. The big difference is that you learn from experiments (or at least you should).”

I completely agree; to innovate, we have to learn and we do that through experiments, some of which are destined to fail. But it’s not the failure that drives innovation, but rather the learning. Hence my term “smartfailing,” which I have written about in previous posts.

Kastelle also offers up this hierarchy of failure:

For our purposes here, we are primarily talking about the last three categories on the hierarchy, although certainly, if a company continuously experiences product and idea failure, they put themselves at risk of eventually moving up the hierarchy to suffer a major firm failure.

Business model failure is another level we might consider adding to the hierarchy, because a lot of innovation revolves around finding a new way to do business and, certainly, lots of failure occurs there, too. This is different than start-up failure because often start-ups are following old business models that have succeeded elsewhere.

Another point to make about Kastell’s suggested hierarchy is that the failure to stop ideas or projects early on can lead to bigger failures later in the process. To use one of Kastelle’s examples, the executives at Coca-Cola ignored warning signs that arose in focus groups as they tested New Coke, which should have alerted them to the considerable backlash they would face if they messed with the formula for Coke.

Yet they went ahead with an expensive product launch that quickly resulted in a complete humiliation for the company when it had to pull the much-hyped new product off the market in fewer than three months. Examples like this, where companies should have shut down a project far sooner than they did, litter the innovation landscape. There is little doubt that part of the problem here is an unwillingness by people at various levels and at various stages along the way to admit they might be on the wrong track, i.e., the track to failure.

• Organizations fail to anticipate changes in the market.

• Organizations fail to anticipate changes that impact the platforms needed to bring their products and services to market. This includes the failure to build proper ecosystems.

• Organizations fail to anticipate changes that will have an impact on their organizational setup and the culture.

My focus on this is very much about change; it is important to notice that the fast pace of change we experience today actually seems to happen much faster outside of organizations than inside. It takes time for organizations to adapt to changes, and this creates pockets of opportunities that can be lost or won.

At last, I would also mention that another key element of failure for organizations is related to execution. Not much of a surprise.

Top Executives Are at Fault

Based on my recent survey on why corporate innovation fails, Paul Hobcraft identified the top ten causes of innovation failure, and his results point straight to the top of the of organization.

Here you get the top six causes as mentioned in Paul’s post:

2) The lack of resources allocated in budget, people, and infrastructure

3) Far too much focus on products and technology that ignore the other options within innovation, such as service, business model, platform collaborations etc.

4) That people or teams operate in silo’s instead of broader collaborative approaches,

5) the wrong personnel are in place to make innovation happen, and

6) the classic of classics, a poorly defined innovation strategy and the goals to achieve it.

I fully agree with Paul that each of these are top management failures, and the key reason is that the executives simply do not understand innovation well enough to lead these efforts in the best possible way. This is unfortunate as this means that there are no quick fixes to this problem.

Nevertheless, here you get some of my suggestions on what we can do about this:

Better overview, new processes: Corporate innovation teams must identify the key reasons for failure in their organizations, and then they must develop a learning process on how to address this. This process can be inspired by other failure/learning processes in the company (perhaps in production) or if the team already has a process in place in which they learn from their successes.

Be open about failures: There is not much surprise here. You need to talk more about failures and how to learn from them if you want to change an innovation culture for the better.

Reward learning behaviors: If you only reward outcomes (successes), then you do not improve your corporate innovation capabilities by much. You will also need to find ways to reward behaviors including the ability to detect early failure and deal with this (correct it or kill it). We need to remind ourselves that learning behaviors are the true drivers of a culture of innovation.

Educate up and down on innovation: It is the responsibility for corporate innovation teams to educate and train the organization on innovation. They also need to educate upwards (the executives), which is often neglected since it is difficult for many to point out to their executives that they have shortcomings that need to be addressed. But they need to ask themselves an important question here: Who else will do this?

As I said, there are no quick fixes to these issues, but I hope these thoughts will help organizations get started on improving their innovation processes and culture by becoming better at learning from failure.

Browse our entire archive of blog posts on best practices and tips from software industry experts by visiting the Industry Insights section of the Business-Software.com blog.

Author, Speaker, Consultant, Embrace Failure to Build a Stronger Innovation Culture
Expert in Open Innovation, Social Media and Intrapreneurship
Stefan Lindegaard is an author, speaker and strategic advisor. His focus on the topics of open innovation, social media tools and intrapreneurship has propelled him into being a trusted advisor to many large corporations. He believes open innovation requires a ...