First Mover or Fast Follower in the Age of Open Innovation 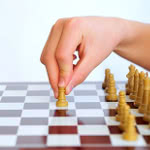 I think we need to revisit an old discussion again. What is the best approach for innovation: first mover or fast follower?

The Pros and Cons of the First Mover

Sometimes first-movers are rewarded with huge profit margins and a monopoly-like status. On the other hand, being a first mover might also come with disadvantages such as “free-rider affects, resolution of technological or market uncertainty, shifts in technology or customer needs, and incumbent inertia”.

The first part definitely sounds promising, but the disadvantages provide good ammunition for siding with the fast-follower approach. Steve Blank is a proponent of the latter and he shares his views in this article: You’re Better Off Being a Fast Follower Than an Originator.

First Movers in the Age of Open Innovation

Blank claims that research done by Golder and Tellis “had a much more accurate description of what happens to startup companies entering new markets. In their analysis Golder and Tellis found almost half of the market pioneers (First Movers) in their sample of 500 brands in 50 product categories failed. Even worse, the survivors’ mean market share was lower than found in other studies.

Further, their study shows early market leaders (Fast Followers) have much greater long-term success; those in their sample entered the market an average of thirteen years later than the pioneers. What’s directly relevant from their work is a hierarchy showing what being first actually means for startups entering new or re-segmented markets.”

Yes, he talks about startups, but I think this also applies for corporate innovators. Blank makes a strong case for the fast-follower approach and I have been on this side for a long time as well.

However, I have begun wondering whether we need to pay more attention to the first mover approach in this age of open innovation. 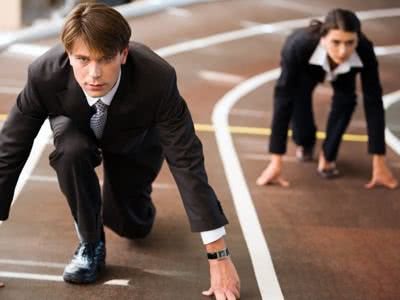 In a previous blog post, 7 Challenges for Corporate Innovation Units, I argued that the window of opportunity gets smaller and smaller while the time given to succeed decreases. In short, cash cows are a dying race. Corporate innovation units need to hit smaller windows more often in order to create strong return on investments.

This happens while they have to organize for fast pace, fast change. Things just happen faster today and you need to prepare and organize for this.

Cell-phones are a good example of what is happening. Phone manufacturers need to churn out new phones every few months in order to keep up with customer demand and stand a chance of making a profit. Consumer electronics in particular feel this need for faster innovation, but I often hear that innovators from various b2b industries can relate to this development.

Despite the Risks, First Mover Strategies May Be Worth It

I have no doubt that companies need to go for open innovation strategies in order to bring better innovation to markets faster as speed, diversity and sharing of costs/risks are some of the key benefits of open innovation.

Furthermore, we might be in a situation where it makes sense for companies to actively pursue a first mover strategy despite the risks that come with this.

An overarching question is whether corporate innovators need to heighten their risk profile. Being first on markets can be risky and the rewards can be hard to reap, but on the other hand many companies might find that they have no choice but trying to be first if they want to enjoy profits for a longer period of time.

What do you think?

[This post originally appeared on 15inno and is republished with permission.]

Author, Speaker, Consultant, First Mover or Fast Follower in the Age of Open Innovation
Expert in Open Innovation, Social Media and Intrapreneurship
Stefan Lindegaard is an author, speaker and strategic advisor. His focus on the topics of open innovation, social media tools and intrapreneurship has propelled him into being a trusted advisor to many large corporations. He believes open innovation requires a ...