The Impact of Cryptocurrency on Software Development 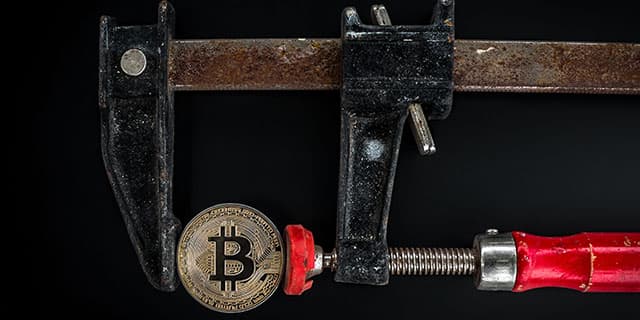 While cryptocurrency is mostly in the eye of the financial market, let’s not forget about its impact on computer programming. Bitcoin’s source code helped spawn unique software trends, and participially with databases, encryption algorithms and digital currency concepts.

Already, top-tier technology companies and governments are borrowing ideas from Bitcoin, making its impact on modern life undeniable. IBM’s Hyperledger is a good example of this technology becoming mainstream in the corporate world.

At the same time, international crypto startups are doing the heavy lifting when it comes to developing ground-breaking ideas.

Blockchains, or distributed ledgers, are essentially transparent and decentralized databases. This concept introduced to us through Bitcoin is one that a lot of non-monetary software projects use as well.

Most companies use a blockchain when data should be public and with past records non-modifiable. An example being blockchain-based land registry software, in which records of title transfers and ownership will be absolute.

At the very least, it may resolve the internal corruption of public services. Traditional databases serve quite the opposite purpose. These centralized databases have been around ages and need to be part of an internal network. A traditional database is essential for storing confidential informational, like a client’s credit card number.

While distributing it on the cloud or encrypted with hashing algorithms is possible, it is still centralized and contained internally.

The reward-based mining process of any cryptocurrency is essentially creating an arms race of hardware decryption. For example, if Bitcoin had never arrived on the scene, there would likely have been a demand to produce SHA-256 decryption ASICs.

This new hardware has the capability to decrypt password hashes or network traffic using brute-force techniques that weren’t viable in the past. Since Bitcoin wallets depend on strength of its hashing algorithm, seedy individuals would love to decrypt these keys. If they managed to do so, it would be the biggest heist in history.

This is exactly why the cryptocurrency market has spawned new encryption algorithms, like CryptoNight. The latest advancements in encryption, aside from mathematical theory, focus on privacy, validity, network scalability and hardware optimization.

Where to Focus Your Database Hardening Efforts

Given the security concerns regarding cryptocurrency, database hardening and protection deserve special attention.

Any decent database server will have a firewall securely placed around its position. By default, it should deny all digital traffic. It should be accessible only through specific software or online services. A firewall should also be in place that mitigates against Direct Access.

Along with that, notification rules and changes should be accessible to all system and database administrators. The rules that govern firewall implementation and monitoring should be under constant review on a regular basis by Information Security and Policy (ISP). It’s also important to test machine hardening and firewall standards through either ISP or network scans.

Open source database software should be well supported and meet the standard set for database security. The best way to do this is by removing non-required or redundant services. Not to mention, removing any dormant accounts, all instances of default passwords along with any temporary files that could pose a security risk. This goes together with maintaining security and database software patches at regular intervals.

As cryptocurrencies are non-inflationary and decentralized, they have more weight than just an integer within a program. Therefore blockchain-based tokens replace internal currencies or “points” within online programs.

One example would be in-game currencies of multiplayer video games, such as World of Warcraft. With these centralized currencies, the game developer can manipulate the economy by increasing the amount of currency in the game. With a blockchain-based economy, as proposed by DMarket, the developers will no longer have central control.

Blockchain is not just about the movement of funds. The technology naturally ties itself to software and database development. Since this market is so young, this might be just the tip of the iceberg of computer science advancements. Since innovation tends to follow the money trail, the direction of software development may be closely tied to the growing market cap of Cryptocurrencies.

Even if they do not achieve the vision of replacing fiat currencies, the blockchain will still have made its mark on computer science history.

Mallee Blue Media
Content Creator and Writer
David is a digital business consultant with a background in eCommerce and marketing. David has worked in small business retail and also writes for Business.com, GrowMap and Born2Invest.