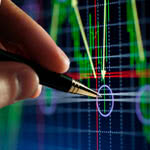 Why does everyone care so much about this BI thing so much?

Intelligence is any snippet of significant information gleaned off a collection of raw data. For example: a 20,000-row spreadsheet of email addresses mined off registrants on your message board is data; a distribution chart of all the different domain names registrants host their email off of is intelligence.

Therein lies the reason for much of the recent enthusiasm over business intelligence (BI) technology. While a lot of the marketing surrounding the products descends into gimmickry, the core functionality behind it doesn’t. Who doesn’t want more visibility on the reams of data they’re now accumulating faster than ever?

“I do not believe anyone would disagree that we live in a time where available information is scaling exponentially both in the consumer, B2B and B2C domains,” Alex Antonatos, a Montreal-based consultant on Oracle systems, said, adding that “this can create both paralysis and opportunity at the same time.”

Overcoming that threat of paralysis through information overload is a top priority for any BI solution. Here are a few of the related trends and technologies that we think will be making a big impression this year.

While it seems like big data is set to reach peak hype this year, there’s little to indicate a steep decline in interest or backlash. Instead, the trend is shifting towards continued enthusiasm, but with a greater emphasis on how the intelligence derived off warehoused data.

Antonatos concurred with this view, citing the example of a North American company currently creating a new business model based on data they’ve collected and analyzed. “The next big push that started seriously last year is big data,” he said. “Companies have started testing their decision making [against their data]. If you could test all of your decisions, how would that change the way you compete?

Consumerization and the Push Into SMB Territory

Outsourcing services to the cloud has been a driving force behind pushing many previously high-end segments of business software down into the realm of small-to-medium-size businesses (SMB), and BI is no exception.

Sandy Steier, CEO of 1010data, pointed out that cloud BI has come well past the stage of being a gimmick. “With SaaS offerings all of a sudden end users don’t have to engage with IT,” he said. “They can instead engage with the SaaS company in the cloud and be doing all this amazing stuff. So there’s a cultural difference here. It’s not just a convenient way of saying ‘oh, I don’t have to manage my own hardware. There’s a fundamental shift in what business users are able to do.”

Steier added that the real potential of cloud BI is not simply as a means of reducing IT costs, but in allowing companies completely new ways of monetizing the data they amass. The hypothetical example he cited was of a convenience store franchise providing paid access to its sales data on Pepsi soft drinks to Pepsi’s marketing department as another repository of intelligence to refer to in crafting their own marketing plan.

IMDGs have been around since the early 2000s, but it’s only recently that the technology has come to the fore as a type of database that distributes data across many servers in many locations with all data stored on server RAM instead of disks.

“I think it points the way towards other models for getting to the same endpoint without necessarily carrying forward all of the baggage of Hadoop,” Bain said.

David Brinker, ScaleOut’s COO, pointed out that the company’s focus has traditionally been in scaling application performance, but that interest in real-time analysis of fast-changing data has been picking up among clients in target industries such as eCommerce and financial services.

There’s no question that Hadoop, the open source, MapReduce-derived framework for distributed computing, is one of the most prominent competitors in the BI segment currently. Hadoop isn’t without its downsides, though, chief among which is the fact that the file format specific to Hadoop, HDFS, is really good at batch processing, distributing workloads between individual nodes on a network or network cluster, but mediocre at providing prompt response times to search queries.

Since last year, however, technologies like Google’s Dremel and Cloudera Impala have come into the spotlight as remedies to the problem. Both are means of bringing the speediness of SQL search queries to Hadoop-powered systems and build on the efforts of sister projects like Hive.

While initial responses to Impala in its beta stage have been popular, it’s also been made clear that, while faster than before, response times still lag behind those offered by competitors. Despite that however, it’s clear that Hadoop systems are here to stay for the foreseeable future barring any emergent and disruptive breakthroughs, and Cloudera, the leader of development of Hadoop technologies and services, will have to continue addressing the issues in order to not let its advantage go to waste.

Want to read more tips from Alex Antonatos and other Business-Software.com experts? Browse the Business Intelligence software resource center to view all of our content from contributors, including adoption tips, product reviews and industry news.