Peeple: Friend or Foe in the Social Hiring Generation

Nowadays, with everything shared on the Internet, our online presence is everything. Your online identity can even hinder you from getting a job opportunity but how can you make your good reputation work in your favor? Peeple may have the answer. The app is free and allows users to leave and receive recommendations in the categories of professional, personal and dating. Instead of a five star system, the recommendations are done through a Peeple number system, an adjustment made after the public criticism. The goal is to have your Peeple profile act as currency (as the Peeple staff like to call it) to help you achieve the new endeavor in your career.

The referral platform stirred up some drama in the app world before it even launched and received a wave of negative criticism. The public’s backlash stooped to a huge low point when the co-founders’ personal information, such as their home addresses, was put online. Critics were claiming that Peeple was going to do more bad than good. But the co-founders, Nicole and Julia, stuck to their guns. The Peeple team used the comments and backlash as an opportunity to grow and develop.

Despite the controversy, there is something to be said about an app that wants to help spread kind words about your peers and help their users build an online reputation. We weighed the pros and cons of one of 2016’s most talked about app — Peeple. 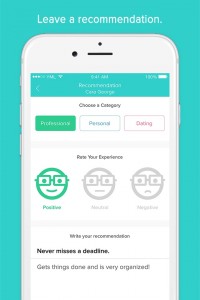 Peeple has a feature where you can find like-minded people in your area, making the possibility of networking just a click away. It also lets you search through your contacts to find other colleagues who may be on the review app as well. Peeple can help you find the right people to help jump-start your business and offer other connections that you may not have found on other career sites. 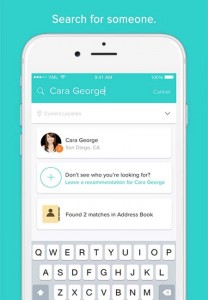 The referral base platform can also help you advance in your professional life. The recommendations from your fellow colleagues can help you land that job you’ve been hoping for and take you to that next step. It’s sometimes not only what you know but who you know that matters also.

Since the news broke out, Peeple decided to make a few tweaks in the areas of user control and security. To sign up, you need a Facebook account that has been active for at least six months and a cell phone number. These precautions will hopefully filter out spam accounts and users creating duplicate profiles. Once you log on, you have the option to opt-out; so if Peeple wasn’t a great fit for you, that’s okay, just simply delete your profile.

It’s like opening a mystery box; you never know what you are going to get. Even though you can hide some of the negative comments that others may say about you, that doesn’t mean users won’t see it (if they’re willing to pay a premium price).

Everyone is entitled to their own opinion; but is that opinion of you accurate? People change throughout life it’s a part of personal growth. Although you may take the recommendations about you with a grain of salt, doesn’t mean your future employer would.

The Internet can be mean. Shocker, right? Even with the promise of security and full user control, you couldn’t help but be worried about spam or negative recommendations that could hinder your reputation on Peeple. Reputation is key and it only takes one click to destroy it.

So even though the app claims you have the right to delete and hide recommendations that you disagree with, that’s only true to a degree. The paid subscription feature has only been up for consideration at this point in time. However, employers may not mind paying the price to view your complete profile so is it worth the risk?

Does curiosity kill the cat? It depends. Though the app has good intentions, that doesn’t mean that every user will abide with that same respect and common courtesy. Sure, the concept at face value is well-meaning but could it be too soon to release an app like Peeple to the public.

Is Peeple for the People?

Recommendation tools have been around for some time, but will Peeple bring more harm than good? Unfortunately, the verdict is still out on that one. Whether you think Peeple will be used to dish out low-blows between users or think it’s the greatest thing to hit the market, it clearly has people engaged in the conversation.

Join the Conversation! Let us know on our Twitter and Facebook pages if you will be trying out Peeple.
[Image courtesy of freestocks.org]

Peeple: Friend or Foe in the Social Hiring Generation