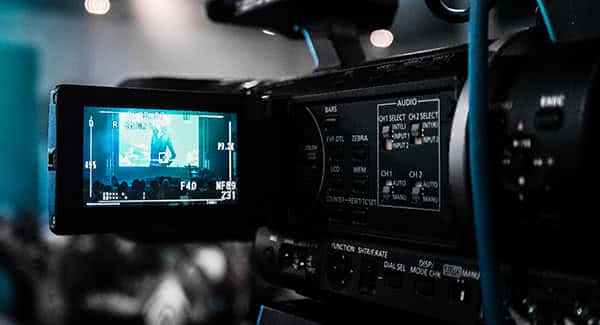 Video streaming apps, like Periscope and Snapchat, are currently the hot tickets in the industry right now. They have recently gained so much popularity that companies like Mashable, Wall Street Journal and Buzzfeed have jumped on the trend. Even pop culture icons, such as DJ Khaled, turned Snapchat into an empire for visual advertisement, marketing and branding. Now, companies are frantically trying to figure out how to implement live video streaming into their social media strategy.

With apps such as Snapchat and Periscope, it’s no surprise that live video sharing has become the new norm. It has not only gained traction with millennials but with other demographics as well. Periscope allows you to leave comments and questions during a live stream, while Snapchat allows you to broadcast what’s happening in a span of 24-hours. But is Periscope dominating the live streaming game? Or can Snapchat and Periscope co-exist in social media harmony?

One Size Does Not Fit All

It’s true. Even though both Periscope and Snapchat lets users view events in real-time, it isn’t necessarily executed in the same way. Owned by Twitter, Periscope is the definition of livestreaming. Online influencers can use the app to broadcast their trips, events and experiences; allowing their fans a more immersive experience that they can’t get on any other video-centric platforms, such as YouTube. It helps bridge the digital divide, making their viewers feel like they’re actually there with them.

Snapchat, on the other hand, added a twist to live streaming. With over 100 million users, Snapchat has proven to be an established social media app in the tech world. Even though you can view other people’s stories (as the company likes to refer them as) at any time after they’re posted, doesn’t necessarily mean those events are happening at that particular moment in time. You can view the stories at your leisure without having to worry if you can’t watch a live broadcast. Though Periscope and Snapchat provide live streaming video capabilities, they do so in different ways. The real question you should be wondering is, does it fit your business model? And we’re here to say that it really depends.

Video marketing is a great way to engage your customers, and the numbers don’t lie. With almost 2 million active users on Periscope every day, your company can achieve not only an increase in marketing and outreach but brand awareness as well. These video streaming apps can play a great role in the way you handle visual storytelling. Overall, Periscope can provide you with the engagement you’ve been seeking without digging deep into the marketing budget.

If you’re leaning towards Snapchat, you’ll have more time to create quality content. Snapchat’s interface might be a little daunting and completely confusing at first, but it can help personalize and humanize your brand. Navigating the app can make having full-on conversations with your viewers a little difficult. So you might have to get a little creative when trying to engage with your viewers. But the platform provides the perfect space for humor and other casual creative content. If you create quality content, your viewers will be sure to come back for more, which helps to strengthen a company’s brand awareness and messaging.

These live-streaming applications bring a brand to life and close the digital divide between a business and its consumer. So whether you use Snapchat or Periscope, video marketing is definitely something to consider. But depending on the scope of your business, you might have to get a little creative on how you approach it.

The Keys to Success

The difference between the two is that Periscope wants you to experience live events as they’re happening whereas Snapchat stories aren’t necessarily occurring right at that moment. So it really comes down to preference. Lots of tech companies and bloggers have taken the live streaming route with highlighting new product features and getting customer’s’ commentary right then and there. Snapchat on the other hand gives you time to curate your content, giving you time to write, record and edit the content before it goes to the viewers. So plan your social media attack wisely and you can enjoy the benefits.

Is There a Threat?

Between Periscope and Snapchat? Not so much. However, with talks of Facebook getting into the livestreaming game, they might give Periscope a run for their money. With Facebook’s huge user base and Twitter’s roughly only 300,000 active users, it all becomes a numbers game when it comes to popularity.

So before you deep dive into the livestreaming world, consider if the apps provide the benefit that you’re seeking. Will it reach the target audience your company markets to? Ultimately, your company does not have to be a part of every trendy social media app that’s out there. But if you believe video marketing fits the culture of your overall business, then record on folks.

Let us know if you’ll be implementing video marketing in your marketing mix on our Twitter or Facebook pages!