The Rise of Ad Blockers and Why You Should Be Concerned

Whether you’re an online publisher whose business model depends on revenue from online advertising or your company relies on advertising as a marketing channel, you should be concerned with the rising use of ad blockers. An increasing number of online users find ads to be intrusive. Exasperated, they’ve turned to apps as a means of controlling their internet experience. Here’s what you should know about the current state of ad blocking.

The Significance of Ad Blocking

Earlier this year, Forbes published an article stating that “Ad Blockers Will Slash $12 Billion In Annual Revenues By 2020.” Looking at it another way, the financial impact of ad blockers will quadruple from today’s current level.

“The total of U.S. online ad revenues are expected to hit approximately $51 billion in 2020, meaning the industry is set to take a 25% hit in income.”

There is no doubt that online publishers will suffer if this continues to be the current trend. But what does this mean for companies that are employing ads as part of their marketing strategy? According to the CMO Survey Topline Report August 2016 (PDF), marketing expenses account for 7.5% of a firm’s revenue. This results in a $12 billion loss in online publishing revenue that’ll translate into a $160 billion reduction in end product revenue since companies won’t be able to place this revenue generating ads. (We’re not talking pocket change here!)

The Sudden Interest in Ad Blockers

Despite the sudden interest in ad blockers, these applications are nothing new; in fact, they’ve been around for about 10 years. Although, it’s only in the last couple of years that industry experts are seeing a substantial rise in their usage. The reason behind the phenomena may be partially due to the increasing shift in mobile device usage. Besides the fact that they’re intrusive, disruptive and a concern for security, a Hubspot survey found that ads frequently affect load time and bandwidth usage. For consumers without unlimited mobile data, the cost of downloading ads can be prohibitive and create a negative viewing experience. A New York Times study of 50 mobile news websites found that 50% or more was spent loading ads instead of the general editorial content.

“In some extreme cases, advertisement load times account for 75% of total page load times. It costs consumers money to be subjected to these “free” ads.”

But do not fear, ad blockers have come to the rescue. It’s a known fact that people don’t enjoy pop-up ads because these ads give users a poor online experience. Their misuse has become prevalent to the point that Google recently announced a crackdown on sites that employ the use of pop-ups, also known as interstitials. Pre-roll ads are yet another form of advertising that many feels leads to a negative user experience. These ads are the ones that play before a video is loaded, forcing the viewer to wait until the ad has finished.

Again, users turn to ad blockers to remove these impediments to enjoying the content. Let’s not forget about the issue of security that online advertising poses. Malvertising, a number of high-profile publishers had their ads recently hijacked in an attempt to install “ransomware” on unsuspecting users’ computers.

Given the current situation, every business needs to find a way to deal with the heightened interest in ad blockers. Here are three approaches to consider.

If advertising is the foundation of your lead generation and sales efforts, it’s time to re-evaluate the practice. Whatever approach you choose, the key is to avoid taking an adversarial position. The use of ad blockers is increasing swiftly and shows little sign of slowing down. The manner in which you address this critical issue will determine what impact ad blocking has on your revenue. 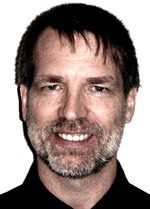 Stephen Jeske heads Growth & Marketing at Viralwoot, software to grow and manage all your Pinterest accounts. He is a frequent contributor to many well-known blogs on the subjects of growth and marketing.