SAP Shines the Spotlight on Small and Medium Businesses 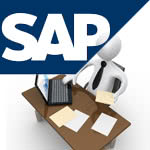 SAP’s stellar success in building its blue-chip large enterprise business has often overshadowed its considerable but quieter achievements in small and medium business (SMBs) markets. But SAP is not a household name in the SMB community. Even technology insiders are often surprised to learn that SMBs (or as SAP refers them, small and medium enterprises, or SMEs) account for the majority of SAP’s 197,000 customer base.

But at SAP’s first small and medium-sized enterprise (SME) summit, hosted at the company’s New York offices in late November, co-CEO Bill McDermott and other key SAP execs made it clear that SAP is intensifying its aspirations and endeavors with new programs and initiatives that reach well beyond its conventional solutions.

From SME Solutions to an SME Ecosystem

Over the last few years, SAP has steadily grown its SME business with its traditional solution offerings. For instance, year-over-year revenues have grown 20 percent for SAP Business One, SAP’s flagship ERP offering for small businesses. As discussed in The Progressive SMB: Customer Stories are Worth 1,000 Analyst Words, SAP has been particularly attractive to Progressive SMBs, who realize the increasingly direct connection between strategic IT investments and successful business outcomes.

The steady growth of SAP solutions has been admirable, but, as we learned at the SME Summit, SAP is casting a much wider net through a series of different initiatives that bring SAP’s big data, mobile and cloud capabilities to smaller organizations in a more accessible manner. Together, these are starting to take the shape of a growing SAP SME ecosystem. For instance, SAP is:

SAP is also expanding its engagements with influencers, venture capitalists, governmental agencies and other vital SME catalysts. The Summit’s “Power of Small” panel featured speakers with wide-ranging perspectives and influence in the SME market, and underscored that SAP’s focus will go well beyond technology to include initiatives focused on policy, people, capital to help create an environment in which SMEs can thrive.

For example, Linda Rottenberg of Endeavor, who pioneered the examination of how high-growth business can transform economies, discussed the necessity of “mentor capital” for SME success. At the event, Bill McDermott announced that SAP has committed to help Endeavor select, mentor, and accelerate high-impact entrepreneurs on a global scale. Sunil Hirani of trueEX examined the effect of immigration policies on entrepreneurship in the U.S., and the importance of aligning governmental policies to help SMEs prosper.

With these initiatives, SAP is tapping into a very important trend. As discussed in SMB Group’s Top 10 SMB Technology Predictions for 2013, Progressive SMBs, who invest more in technology and use technology for competitive advantage are also much more likely to anticipate revenue gains than peers whose tech investments are flat or declining. We also see this gap widening year over year, and expect that it will continue to do so.

Although not everyone at SAP may yet “get” small business, it was clear from the event that Co-CEO Bill McDermott does understand them, and also values the increasingly make or break role that technology plays for SMEs. SAP’s commitment to enabling partners to expose it technology in a relevant way, and its investment in the broader SME community were on display at this high-profile event, making it clear that McDermott wants to make SAP a household name among SMEs. A lofty goal, to be sure, but one that SAP is very committed to aspiring to.

[This post originally appeared on Laurie McCabe’s Blog on SMB-Group.com and has been republished with permission.]

Partner, SMB Group
Expert in Cloud Computing and Business Solutions
Laurie McCabe brings more than 20 years of experience in the IT industry to her current role at SMB Group. Laurie has built widespread recognition for her capabilities and insights in the small and medium business (SMB) market in several ...