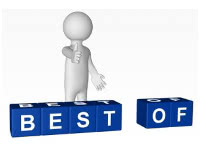 This is the next entry in our “Best of” series, in which we venture deep into the vault to replay blog opinion and insight that has withstood the test of time. Today’s post hails from January 2011. We welcome your feedback.

I heard the saddest story the other day.

A few years ago, we worked on the launch of a new personal finance website developed by a veteran personal financial advisor. The site was detailed, secure, incredibly useful and solved a sharp, expensive and disruptive pain that the advisor had been running up against his entire professional life.

Our media launch went well. We got some decent coverage, both in mass media and, more valuably, in the trade media reaching financial advisors. Although the site was designed for individual subscriptions, advisors were identified as its most important channel to market since they were expected to counsel their clients to use it.

We were a little confused when the campaign was not continued past that initial launch, especially since some of the best opportunities we generated for the client were over the long term, including, for example, an agreement to have the site’s creator contribute a regular column to one of the key trade publications in the space. From the other folks working on the launch we heard encouraging news about the possibility that the site would be white-labelled by one of the largest firms of financial advisors on the continent, and other early signs of traction. So we were at a bit of a loss when everything went unexpectedly quiet.

Still, it wasn’t the first time that a client had invested in a launch only to tell us they would be unable to continue funding the program so we moved on, occasionally curious about what had become of the endeavour.

Then, last week, I heard the full sad story.

I was meeting with the person who had originally introduced us to the account. We had a few completely unrelated things to chat about and, after we had dealt with all that, I asked him how things were going with the website.

Things weren’t going at all, he told me. Nothing more had really happened on the marketing front and the site had eventually been taken down. A Google search on the company name will still find the media coverage we got, and will even uncover a few archived pages of the site itself. Click on those site pages, though, or type the URL into a browser address line and you get the dreaded “The connection has timed out.”

According to the guy I spoke with last week, the site’s creator invested fully a million dollars into the development of this useful and powerful new tool. And $60,000 into its marketing, about a quarter of which was spent on the media relations bit that we did. When that meagre marketing budget failed to produce immediate traction, he pulled the plug.

This sad tale would depress me all the more if I hadn’t become somewhat inured to this sort of thing during the 20 years or so in which I have been working to bring technology to market. It is far from the first time that I have seen inventors, application developers and otherwise-very-clever entrepreneurs invest their hopes, dreams and hundreds of thousands — if not millions — of their and other people’s money into developing the greatest new whatever. And then, having given birth to their wonderful new baby, they deny it the marketing nutrition it requires and it starves to death.

It’s a sad, sad story, with far too many chapters still to be written.