Why I Hate Tech Marketing 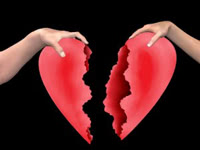 Recently, with more than a deliberate nod to Valentine’s Day, I wrote about why I love working in technology marketing. I have spent most of my 25-year career in this exciting, dynamic and challenging sector, and with good reason, so the benefits obviously outweigh the detractions. But every coin has a flip side, and today I’m going to talk about some of the things I truly dislike about tech marketing.

1. We need you to launch this thing. Now.

Perhaps the worst thing that happens in the technology sector is the sharp divide between development and marketing. Far too often, development beavers away in complete isolation from the marketing function and then, when they think they’re ready, they lob the new product over the wall into marketing and tell us to go flog it. #Fail.

Calling marketing in at the last minute is not only bad for marketing, it’s also bad for development. Nothing should ever be developed in isolation from the eventual buyer and user, and it is marketing that knows how to engage with those critical audiences. The canniest product developers realize that they need to talk to their marketplace from the very outset, and they work hand-in-glove with marketing to do so. The payoff when it comes to launch time is immense — marketing has a detailed understanding of the product, of the market need, and of the customer pain and the value being created. Perhaps most essentially, because we’ve been talking with real users all along, we also have the ingredients we need for a successful launch, like testimonials, use cases and so on.

2. Why aren’t we getting the same attention as…

Most of my clients have been smaller companies, often upstarts in their markets. For many of them, there was an 800-pound gorilla that dominated the market and attracted attention with the gravitational pull of a black hole. Trying to compete for share of mind and wallet in such a situation is really difficult.

Let me give you three examples.

One of our earliest clients was a developer of a Linux appliance. Great technology, good story, nice company. Given that Linux was an emerging technology at the time, there was no established market leader. But there was one company that was dominating the marketing messaging. Because our rival was publicly traded, we could gain some pretty good insight into what it was doing. And the truth was that this ridiculously well-funded competitor had a marketing budget that was more than 10 times greater than what our client was spending on everything. There was never going to be any way that we could hope to compete in an arena where, rather irreducibly, more money buys more attention. Our client simply had to be satisfied with what it was able to afford to do.

A more recent example is a client that constantly compared itself to a media darling that was in an adjacent space. Why can’t we get the same business and technology media coverage that this other company gets, I was too-frequently asked. Well, for starters, it was clearly outspending us, probably by a factor of five or 10 or more. Second, it had taken in more than $100 million in venture capital, much of it from the largest VC firms on Sand Hill Road, ensuring it privileged access to the rarified world of Silicon Valley tech media. Meanwhile, our homegrown client had been entirely boot-strapped. Third, a co-founder of this other company was a genuine global superstar who had already founded one of the most successful and widely written-about companies ever; he couldn’t change his socks without getting four paragraphs in TechCrunch. Fourth, our rival had amassed more than two million users — compared with our several thousand — and were weekly announcing deals with Fortune 500 companies. And, finally, I argued that tech media attention, while nourishing for everyone’s ego, would do little to feed our client’s pipeline, unlike the regular trade media articles we got for them that always made the phone — and the cash registers — ring loudly. When our client did eventually take a substantial venture investment from a brand-name firm, it gained an immediate — and short-lived — pop in media attention but the story was all about the deal and nothing about the real merits of the company’s product. I doubt if a single sale was made on the back of it.

My third example is of a tiny little upstart of a company that knew it had to roar more loudly than the massive global juggernaut against which it was going to directly compete and with which it was in a dead heat to be the first to bring to market a new generation of a product. Perhaps a little prematurely from a product-readiness perspective, but critically from a headline-writing imperative, the product was launched with a lot of noise and a sharp news release lead that truthfully claimed it was the first ever. We carried out a global media relations campaign the likes of which we had never been involved in before, and generated colossal levels of coverage. Our client seized, and for several years held, first-mover advantage, notwithstanding the gnat-to-elephant discrepancy between it and its key rival. This company understood that beating a far-larger and far-better-funded rival required not just a substantial investment but also a genuine advantage when it came to story telling.

3. We have no budget for marketing

What technology company, when embarking on a product-development exercise, would do so knowing that it had only 70 or 80 percent of the funds required to complete the product? No intelligent CEO or investor would initiate a process knowing it was doomed to fail because there were insufficient funds to finish the job. I’m not talking here about the leap of faith that many entrepreneurs make when they start something without having all the necessary funding in hand at the outset; I’m talking about a conscious decision to start building a product knowing you are never going to have the dollars to finish it. That would just be stupid.

And yet, it happens all the time in marketing.

Successfully bringing a product to market requires that the funding be available, not just to build it, but also to market it. And yet, time and time again, CEOs and investors, apparently willingly and quite rationally, set out on a journey without the resources necessary to complete it. They get half-way there — the product development stage of the journey is invariably properly funded — and then stall out because they simply don’t understand that marketing is expensive and how it is going to be paid for needs to be as carefully and strategically planned.

4. We’re a tech company, so we have to use the latest marketing thing, right?

This is the flip-side of one of the points I made in my love note to tech marketing a fortnight ago. It is often true that the audiences for a new technology are, themselves, technologically literate, making them ideal candidates for new and emerging marketing and communications channels and tools. However, it is just as often true that our audiences, especially in the B2B enterprise world into which most of my clients are pitching their goods, are more mature and conservative than the hip young crowd; they’re not on Twitter and they have no interest in Pinterest. Most importantly, regardless of whether they embrace the newest fad or not, they most certainly still rely on the tried-and-true methods of researching, identifying and qualifying vendors — like stodgy old trade media, white papers, conferences, trade shows and the such.

What I’m saying here is that tech companies need to be careful to avoid jumping on every bandwagon that happens along.

So, do I love tech marketing or hate it? In a word, yes.

Truth is, I wouldn’t want to work in any other realm but that doesn’t blind me to the reality that tech marketing poses unique challenges that need to be addressed. Many of these challenges are self-inflicted, and persist because technology companies tend to be run by engineers rather than business people or marketers.

For those interested in a lively discussion of how some of these self-perpetuating challenges prevail in the marketing discipline of PR, I will be presenting my popular “Francis’s Five Favourite PR Fictions” twice in the next couple of months. (The sub-title of the presentation is, “Everything I know that’s wrong about PR I learned from technology company executives.”) On Tuesday, March 12, I will be Notman House in Montreal for Montreal Startup Breakfast Club. And then on April 9, I will be at Communitech’s PR and Communications Peer2Peer. I look forward to seeing many of you at one or the other.

Francis Moran and Associates is an associated team of seasoned practitioners of a number of different marketing disciplines, all of whom share a passion for technology and a proven record of driving revenue growth in markets across the globe. We work with B2B technology companies of all sizes and at every life stage and can engage as individuals or as a full team to provide quick counsel, a complete marketing strategy or the ongoing hands-on input of a virtual chief marketing officer.