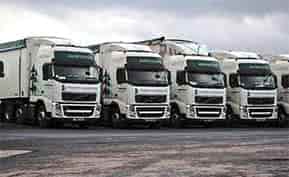 Since GPS fleet tracking and fleet maintenance software both address the needs of fleet operators, it can be confusing to determine which one is most suitable for your business. At Business-Software.com, we’ve done all the… Read More 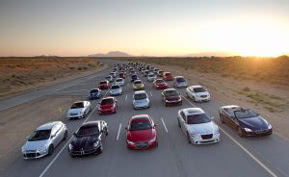 From the Community: "I don't want GPS fleet tracking software"

GPS tracking has been the go-to fleet management solution lately. It has demanded so much attention that I have tackled the two largest concerns dispatchers have about GPS fleet tracking software: privacy and cost. Despite… Read More 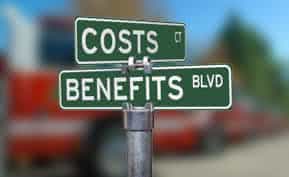 Fleet management software is important because it gives fleet managers a wealth of data and metrics to draw from in order to better optimize the fleets under their direction. This is much more complicated than… Read More

Infographic: What You Will Save With GPS Fleet Tracking

While privacy is perhaps the largest concerns for those considering to implement a new tracking system, cost is the second. Today I take on the cost concern. First, by bringing to light the game-changing benefits… Read More

Why GPS Fleet Tracking Isn't the Privacy Violator You Feared

There's no question that any modern logistical operation moving significant amounts of overland freight need a GPS fleet tracking system. The amount of investment and liability that goes into every shipment these days requires a… Read More

The 5 Most Common Fleet Tracking Pitfalls

3 Metrics You Should Be Following in Your Fleet Tracking Software

There's no avoiding it. When you implement any kind of tracking software, especially the sort that collects data in real time, by nature you're going to be accumulating a ton of data. With all the… Read More