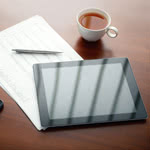 Contrary to what the title might suggest, the CIO position isn’t going anywhere, but the processes it manages are in a state of accelerated change. Keeping up with those changes is a priority for every CIO more than ever. It’s for that reason that we put together this list of some of the top trends CIOs need to be on top of going into this year.

The title says 2013, but many if not all these trends are set to continue growing and evolving well beyond the next twelve months. And while analysts at the likes of Gartner and IDC are very good at making accurate generalizations off existing industry data, the particulars of how trends will affect standards and practices in a working network environment are still very much in the air. That it’s now a central part of a CIO’s duties to not only keep abreast of the latest IT buzzwords, but also to do the homework of extrapolating how (if it all) those trends are going to impact the way the network operates.

It’s obvious now that Bring Your Own Device (BYOD) is here to stay for the foreseeable future. Employees are going to continue bringing their own consumer devices to work as the traditional models of hardware uniformity across the enterprise break down. More than a few board rooms around the world have made the decision to make a 180-degree turn and embrace this trend. Gradually, IT departments must also make the leap, if they haven’t already.

There’s another facet to this trend that’s often overlooked, however. On the other end of the spectrum, a number of enterprise software vendors have seized on the consumerization model and built it into the way they market their products. We talked to more than one software vendor in 2012 who said that a central part of their marketing strategy was not just executive-level decision makers, but individual employees and department managers.

Freemium software, where the basic version of a piece of software is provided free of charge, are the the bait on the hook for this emergent infiltration model of B2B marketing. A free program or service is the easiest thing in the world for someone to start using on their own on a trial basis. From there, should the product deliver a quality experience, its users become self-appointed salesmen (“The whole department should be using this!”).

The rise of mobile devices in the enterprise is directly related to the consumerization trend described above. If an employee is permitted to Bring Their Own Device, the chances are they’re going to bringing some type of mobile device: tablet PC, iPad, smartphone, etc. It follows that if mobile devices are going to take on a greater role in enterprises the coming years will see an accelerated level of competition between the primary contenders creating the hardware. If the battles over which mobile devices people use at home has been this intense then the followup war over what they use in the office will be just as intense, if not more so.

Digital advertising company Vertic already declared 2012 to have been the Year of the Enterprise Tablet. With cloud migration and virtualization rapidly negating issues of hardware compatibility and horsepower (tablets with quadcore processors also came into their own in 2012) the reasons for why a CIO might seek to stymie or stop the infiltration of mobile devices and the apps that come with them.

Continued Mass Emigration Onto The Cloud

Let’s be honest here, “the Cloud” is basically the internet, and “migrating to the Cloud” essentially means outsourcing some part of your organization’s functions onto the internet based out of remotely hosted servers. That said, outsourcing functions onto the internet is quickly becoming the new normal for many businesses. A 2012 study by SMB-Group found that 52 percent of small-to-medium-size businesses in the sample are using the cloud to some extent.

It makes sense the adoption would be booming in the SMB category. The computing horsepower required for complex operations like big data analytics can be prohibitively expensive for smaller organizations, so cloud-hosted services allow such companies to punch above their weight class and reap the benefits of business applications that were previously the territory of multinationals with the budget to establish huge data centers. So the question for the CIO is no longer whether or not to migrate to the cloud, but when, which functions/departments and what goes offsite and what remains on-premise (the interest in hybrid cloud services continues to grow as well).

While many a tech pundit has recently declared that big data analytics has “gone mainstream,” actual real-time queries of cataloged data has remained largely elusive. In In-Memory Data Grids and Hadoop: Sorting Your Big Data, we wrote about how the open source Hadoop Map/Reduce, while a great technology for dividing and conquering huge amounts of data between all the different nodes on a network, isn’t so good at providing speedy responses to user queries in the style of traditional SQL, etc.

That all seems set to change this year, however, with the continued development of technologies like Google Dremel and Cloudera Impala, which allow for real-time search queries on big data. Impala implements a native, distributed SQL engine, which provides results much faster than the traditional Hadoop M/R model of exporting everything from its native HDFS file format to SQL and back again.

Dealing with all the trends described above will rely on detailed and robust change management plans that not only standardize processes for implementation, but maximize the overall benefit the enterprise gets out of new technology. Since adoption continues to become an evermore bottom-up, consumerized process, the concept of getting the “right fit” will also grow in importance.