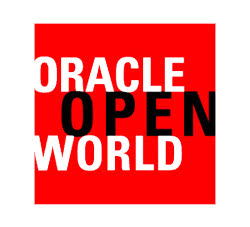 To attend both Salesforce.com‘s annual Dreamforce event and Oracle’s Open World is to get a study in contrasts. Held a week away from each other and hosted in the same city in the exact same venue, either convention presents, obvious deja vu effects aside, markedly different worldviews in regards to enterprise software and technology in general.

Both events, however, offer a glimpse into many nuances of the industry that would otherwise be hard to discern. Here are a few of the ones we noticed this year.

It seems like Oracle and Salesforce have taken differently different approaches to who was and wasn’t allowed onto the expo floor this year.

In the weeks leading up to Dreamforce a recurring story we heard from more than a few vendors was that they had recently been uninvited from the event. The reason for this was because these companies had, as a result of recent expansion and acquisitions on the part of Salesforce, become competitors to the suite of Salesforce solutions.

Acquisitions of other companies by Salesforce is no recent story. Salesforce has been actively purchasing other technology companies since 2006, but the frequency with which it makes its acquisitions has seen a marked uptick since 2010. These have not been simple consolidation of CRM competitors to Sales Cloud either, but part of a concerted effort by the company to expand into many different segments of business software, including platform-as-a-service (Force.com), help desk (Desk.com/Service Cloud) and enterprise social (Chatter).

In fact, Salesforce made “social” the central theme of this year’s Dreamforce, with a keynote address by CEO Marc Benioff that emphasized the new integration of social media functionality and compatibility into all the different segments of the Salesforce ecosystem. The company’s presence on the expo floor–center stage and almost twice as large as any other exhibitor’s booth–had all those segments in full display, in essence making the theme of the show not just “social,” but “consolidation.”

It would be a bad pun to say that Open World was more open than Dreamforce when it comes to vendors represented, but that was the impression this observer had while there.

Exhibitor space at Open World was much larger owing to the fact that the expo was split between two different buildings of the Moscone Center, whereas Dreamforce made due with one. Imagine the irony, then, when two of the largest vendors present were IBM and SAP, both among Oracle’s biggest software competitors and giants of enterprise software in general.

The irony–and the potential conflicts–were not lost upon either observers or the companies themselves. A slight controversy did in fact develop when Thomas Kurian, Oracle’s executive vice president of product development in his keynote address made comments about HANA, SAP’s latest database technology. Kurian described HANA as a “small system” with limited storage space compared to Oracle’s competing system. By Tuesday SAP CTO Vishal Sikka had responded with a post on the SAP company blog, pointing out multiple inaccuracies in Kurian’s comments related to technical specifications and price points.

While not directly related to business software, the tiff was an example of the delicate balance between competition and collaboration present at Open World. In the world of business software, where developers quite regularly put out technologies and feature advances that transgress the arbitrary borders between segments (“it’s a CRM solution, but it has ERP accounting functions too! And it has analytics! And it has enterprise social features!”), this sort of inconvenient friction of more likely to happen.

Perhaps Benioff and Salesforce have the right idea by simply nipping the problem in the bud and making themselves the center of attention at their own convention.

Want to read more insider-perspective posts on news, events and other goings-on in the software world? Browse our entire archive of blog posts on news from the industry by visiting the News and Trends section of the Business-Software.com blog.