Socialtext applies Web 2.0 technologies to making work easier and more collaborative. Michael Idinopulos, interim CEO of Socialtext, joined us for a conversation about how social tools have transformed the enterprise and the challenges companies face preparing for a social future.

In your own words, what is enterprise social, and how do you fit into this market?

If you look at what has happened on the consumer web over the last several years, people are coming together, finding each other, collaborating, and networking with the help of all kinds of new, dynamic tools and processes. But at work, people are still emailing each other. So our mission is to bring all of those collaborative tools and techniques that have transformed the consumer web over the last few years into the enterprise, so that they can make work easier, more interesting, and ultimately more productive.

What inspired you to establish Socialtext?

We were founded in 2002. The vision at the time was there, but the tools were very different from what they are now. So while it might seem like we are jumping into a crowded market, we were in fact around for a long time, waiting for technologies to catch up to our original vision. 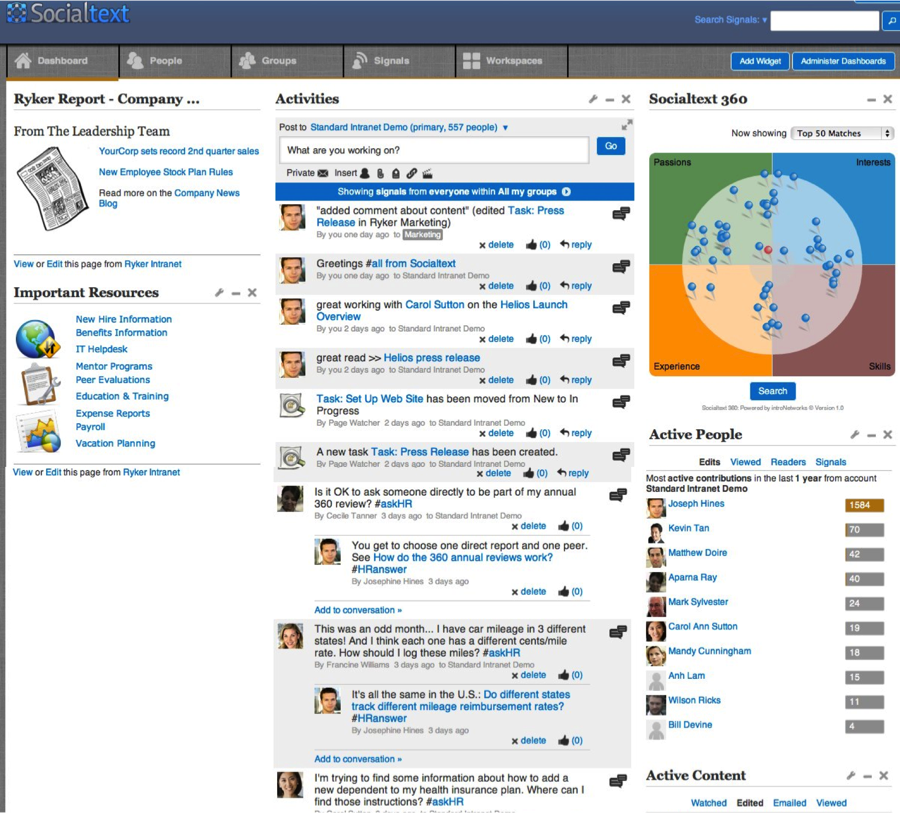 What sets you apart from other companies in this space?

It’s very easy to make “Facebook for the Enterprise,” so we try to go well beyond that. What really makes Socialtext unique is that we are trying to integrate, synthesize, and adapt Web 2.0 tools and processes in a way that makes sense for businesses. That doesn’t just mean taking something that works for consumers and making it available at work. It means really thinking through how people work together in organizations – what are their everyday challenges, and what can the consumer web tell us about how to address those challenges?

What has changed in Enterprise Social since you first started?

There have been at least two major changes. One, the consumer web has changed a lot. Ten years ago, there was Wikipedia, but there was no Facebook or Twitter or Pinterest or Groupon or Foursquare. The set of tools on the consumer web has really exploded. The other thing is, social has gone much more mainstream. When we started, we still had to explain to people in the workplace what social was. Now, almost everyone has had some sort of exposure to Facebook or Twitter or some social site, regardless of age, role, or geography. Social tools have become much easier to deploy in the workplace.

Has this affected your sales methods? 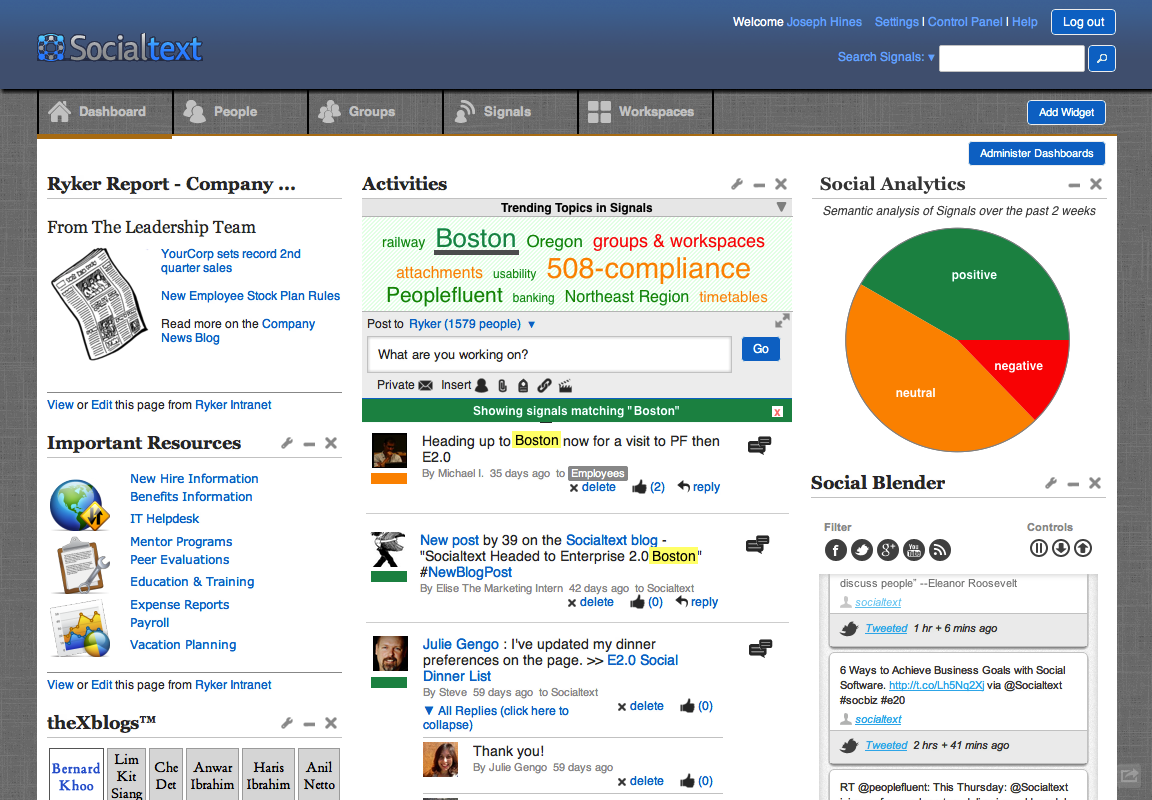 How long are your sales cycles?

That depends on the size of the organization. For a small to midsize business, it’s usually a few weeks. Enterprise-size sales can take several months. We have a customers of all sizes, but recently we’ve been closing bigger deals. In the early days, we had a lot of SMB and departmental level sales. Nowadays, we’re closing more enterprise deals.

Where is Enterprise Social headed? Where do you see it in five years?

At a very high level, social platforms will be the go-to tool for getting work done in the enterprise. In five years, we expect social tools to be what email has been to a lot of people over the last few years. That has a lot of implications. For example, when you turn on your computer at work, the first page you’ll pull up will be some sort of social intranet, a place where you collaborate with colleagues on projects. You’re going to be accessing these tools from lots of different devices, like laptops, tablets, and phones. And social is going to be integrated into every system of record, whether it’s HR or CRM. They are all going to be tied together, and the hub that connects them all is Socialtext or some flavor of a social tool. 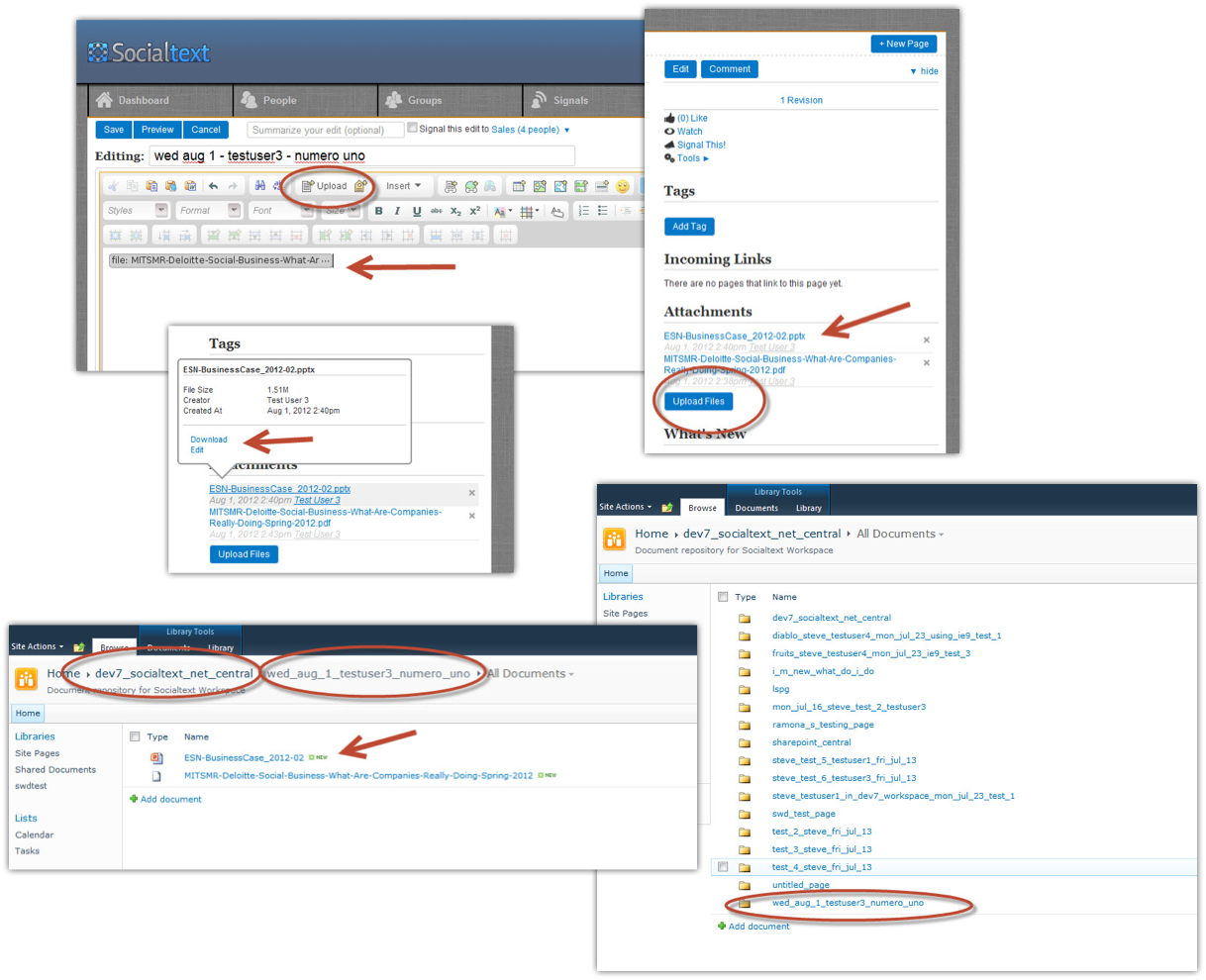 What challenges do you see there? How can businesses overcome them?

The biggest one probably is the fact that there is a culture, mindset, and process barrier to overcome. People are used to emailing each other, to storing documents locally. Moving to a collaborative environment where work is done in a shared social space is a big change in everyday habits. That is the single biggest challenge. There are lots of technical challenges as well, but those we’ve already begun to overcome and we’ll continue to.

What can companies do? The most essential thing is to put social into the everyday flow of work. That means using things like the intranet, putting critical documentation and processes into social tools, and integrating social with other systems of record so that people have to use enterprise social, which in turn will force a change of habit. There’s a lot we can learn from retail drug stores. If you go into any retail drug store in the country, you’ll notice one common design element, which is that the pharmacy is always in the back. So people that come in to have a prescription filled first have to march past a lot of other stuff they didn’t come in for but that they may buy anyway. That’s one thing companies can do to accelerate the change process. Give your employees a prescription only your social tool can fill. Once they’re in there, they get paraded past the groups, conversations, colleagues, and that’s when they start to see the real value.

What do you personally find the most exciting thing about Socialtext?

Two things, which I would summarize as innovation and impact. This space is changing very quickly. We’re constantly learning new things. No one has got it all figured out. I love the fact that we are all, collectively as an industry, learning at a remarkably fast rate. Plus I love helping people do their jobs better. We just did a deployment at the Office of Housing and Urban Development for about 10,000 users. The users there are asking questions in Socialtext that are being answered by colleagues they have never met at offices they have never been. It’s remarkable how you can see connections being formed right there on the screen.

Who are the most interesting companies or people in your industry and why?

Jive is interesting, because they are the only publicly traded pure-play. They are under a microscope that is increasingly being applied to the rest of the industry as well. Yammer and Microsoft together are interesting, because they are strange bedfellows and people are holding their breath to see what impact they will have on the market. But the most interesting player probably isn’t on the radar yet. There’s a lot still to be learned, so I expect that the most interesting player is someone we haven’t heard from yet.