In the wake of the iPad, major companies are scrambling to get their own piece of the touch screen mania. Tech companies have gotten the hint, and now all want their own iPads. At this rate, this time next year, it’ll be hard to walk through an office place without tripping over a tablet. Here are some of the most interesting, though still hypothetical, competitors looking to get into the market. 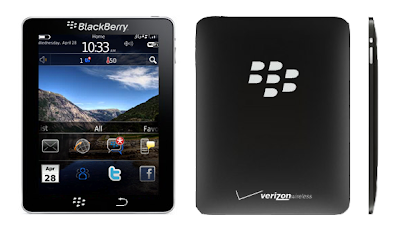 RIM’s jumbo-size BlackBerry has been rumored for months. The latest information from Ashok Kumar, an analyst at Rodman & Renshaw, says that it will have a 7-inch touchscreen, dual cameras (one for video chat), Flash support, a 3G network, and a 1GHz processor powered by Marvell. RIM has yet to comment.

It’s still under question whether the device will be a companion to the standard BlackBerry, or a stand-alone tablet like the iPad. Older reports implied the former while the newest gossip makes it sound like an independent device. Rumors also tell me that the device is slated for release by the end of the year, but perhaps we should just wait until, well, RIM decides to make a comment.

At the Microsoft Worldwide Partner Conference yesterday, Microsoft CEO Steve Ballmer dropped some hints about company plans for the tablet industry. On upcoming Microsoft tablets for this year, he says, “They’ll come with keyboards, they’ll come without keyboards – there’ll be many devices. But they will run Windows 7, they will run Office, they will accept ink- as well as touch-based input. We are hardcore about this.”

Something about this seems misguided. Maybe it’s because the answer to winning the tablet market isn’t to flood it with a host of slightly differing devices, but to provide the best user interface. Consumer preference has shown that the Windows 7 OS loses when it comes to mobile devices.

Or maybe it’s the fact that this announcement came after an a capella rendition of “I’ve Gotta Feeling,” with modified lyrics such as “Go out and smash it… with Microsoft!” Thank you for remaining hip, Microsoft.

Information on the Samsung’s tablet champion was leaked last month. Given the name “Galaxy Tape,” and the fact that the information came from a South Korean source from a Vietnamese website, I’ll hazard that something was lost in translation.

Nonetheless, the internet tells me that the tablet has a 7-inch Super AMOLED touchscreen display, and that it too will run on Android 2.2 (“FroYo”). Other hardware specs include a 1.2GHz ARM Cortex-A8 based processor, 16GB of inbuilt storage, a 400mAh battery, all at 13 ounces. The release is rumored to be sometime this September.

Recently, Cisco announced the upcoming release of the Cius, a 7-inch Android-based tablet. The business-oriented tablet will come bundled with Cisco technology, like Cisco Telepresence, Cisco Quad, Cisco Show and Share, WebEx, and instant messaging. The tablet is meant for business collaboration and videoconferencing. It will have two cameras, front-facing and rear-facing, a removable, rechargeable battery, a multi-touchscreen, and 720p HD quality video recording. All at a slim 1.15 lbs. No reports have yet been made on the device’s release date. Google will be working with Verizon on its own tablet. About as little information as possible has been leaked about it, except that it will run on Android. This may pose the greatest threat to the iPad if Google can get out of the starting blocks quick enough. The Android OS has already proven itself, and Google is about as worrisome as a company can be for Apple.