Is Crowdsourcing the Future of Advertising?

We’ve all heard of crowdsourcing, or the act of delegating a task to a large group of people. It’s kind of like outsourcing, but to a group. This sounds kind of boring on the surface, doesn’t it? But I’m not talking about the kinds of tasks no one likes or wants to do. Instead, crowdsourcing is used by companies to determine ad campaigns, TV show endings and yes, even the opening of this year’s Super Bowl Halftime Show.

If a person submits a photo for the Pepsi Halftime Show, for instance, he or she is much more likely to tell people about this brand campaign, watch the show and comment on it, thus creating the level of engagement that Pepsi wants. Not to mention, Pepsi’s show gets a push of creativity and aligns itself as a brand comprised of the people to whom it markets. Win-win.

Another example of crowdsourcing is the CBS show Hawaii 5-0, which had fans vote in real-time to decide what happened at the end of the show’s episode. They shot three possible endings and relied on fans and viewers to decide. The episode was a classic “who dunnit” and fans were able to vote for who they thought committed the murder. Therefore, it was easier for them to tweet a possible ending.

So what were the results? It seems that though this episode was not the most heavily tweeted of all time, its viewership was still higher than the average for this fall –9.4 million over 8.9 million (though still lower YoY). Perhaps it was not the biggest success, but it still drove audiences to talk about the show, and will perhaps introduce further opportunities for the show to expand upon the experiment (especially how they market to their audience).

Crowdsourcing and the Super Bowl

And recently we have learned that Dunder Mifflin (it’s a real brand now) is jumping on the crowdsourcing bandwagon to get some help for their Super Bowl ad. Creatives can submit their ideas for the brand’s ad and perhaps see it aired on the flat screen in practically every American home. So why is the Super Bowl such a huge part of crowdsourcing? Well, for starters, it is one of the most-watched TV events all year. Secondly, the commercials come with a huge price tag (about 4 million for a 30-second spot this year) and with that, a lot of pressure to deliver and make audiences happy. What will make the ‘me generation” happier than seeing themselves reflected in the ad? Answer: not much. So yes, the crowdsourcing trend seems like it’s here to stay, especially if it’s marketed properly.

What do you think of the crowdsourcing initiatives among brands? Have their executives run out of good ideas or has social media dictated this path of people’s choice?

[This article was syndicated with permission from Asking Smarter Questions.]

Want more on latest tech news and trends? Visit the trends section of our blog. 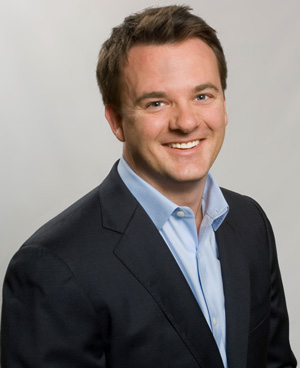