Open Innovation and Social Media Roadblocks–and How to Overcome Them 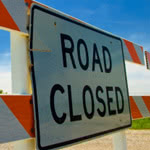 There will be people within your organization who will fight against the use of social media and even against the very notion of open innovation.

“Change is frightening to many elements inside the typical organization. Change threatens people’s power, their status, their egos, and, in some situations, even their jobs. Change can make someone’s expertise obsolete and thereby make them obsolete as well. Because people are afraid of change, innovation efforts often cause the eruption of corporate antibodies that fight to kill innovation and maintain the status quo.”

If open innovation is a new concept to your organization, then layering in social media – a still scary concept for many people – on top of that may be doubly discomforting to many people. They have barely gotten used to the concept of working with outsiders they know, such as vendors and key customers, let alone doing something like working with strangers in a country on the other side of the globe.

Any resistance you may encounter as you embark on a strategy for using social media to drive open innovation may be particularly strong among your company’s top brass. Here are reasons why it may be difficult for senior management to embrace the notion of supporting the use of social media in pursuit of open innovation:

Innovation is scary on many levels and open innovation is especially scary. Let’s face it: People who reached the top of their organization because of their knowledge of the existing business aren’t that interested in considering a new business model or going after an amazing, yet high-risk breakthrough innovation when that may mean their expertise in the business might become obsolete. Add on the very public nature of social media and it all just begins to look like too risky a deal.

Of course, people who truly understand innovation embrace failure as an inherent part of innovation. They have learned the important lesson that success often builds on failure, which requires some degree of risk-taking and experimentation. An attitude that doesn’t allow for failure is contrary to an innovation culture, yet that’s the kind of attitude that too many company leaders possess. You may be expected to “guarantee” that this new-fangled social media stuff will succeed; of course, you can’t do that, particularly not at this very early stage of the development of social media as a tool for open innovation.

In a world of open innovation you need to be an expert at networking and building relationships. This holds true at the corporate level as well as the personal level. Yet this is a topic that many corporate leaders have not bothered to give much thought. Without this basic understanding, it is easy to see why they don’t “get” the key role social media is increasingly playing in innovation.

Top leaders are too far away from the action

While the growth of social media is strong among all generations, including people above age 50, many busy older executives have not ventured into the realm of Twitter, Facebook, and LinkedIn. Without having experienced these tools, it is hard for them to grasp their potential for linking your company with others around the world who can help move innovation forward for your organization.

These are potential roadblocks you have to be ready to cope with as you seek approval to proceed with your social media action plan. And there are other potential barriers that may keep people – not just leaders – from wanting to invest their time in social media:

As with any new technology, many people are intimidated by social media. Training can obviously help with this. Perhaps one of the chief things you will need to do is to convince people of the value social media can bring to their work in innovation. In other words, you have to be able to answer the perennial “What’s in it for me” question that people always raise when faced with having to adapt to something new. They need to know that if they don’t get in on this trend now, they will lose opportunities later.

At the other end of the spectrum will be people who have already dived headlong into social media for their personal lives and are feeling overwhelmed by the whole experience. Being connected 24/7 through social media does have its drawbacks. Putting together a realistic action plan with responsibilities spread over a number of people can help with this.

Perhaps you have open innovation mechanisms in place already that are producing good results. Convincing some people to try something new in such situations can be difficult, especially if there’s a steep learning curve associated with the new strategy. If the pain of using the new thing is not high then people will not shift – and lots of people will not shift because the pain level is still quite low. But I contend that corporate innovation teams who miss out on the opportunity to adopt social media will be in trouble in two years from now and will lose out on opportunities.

Overcoming all of these possible problems entails educating people. Set up experiments within your company that allow people to feel more comfortable with social media and how it fits in with an innovation process. Try some low-risk things first before moving onto more complex applications of social media.

[This post originally appeared on 15inno.com and is republished with permission.]

Author, Speaker, Consultant, Open Innovation and Social Media Roadblocks–and How to Overcome Them
Expert in Open Innovation, Social Media and Intrapreneurship
Stefan Lindegaard is an author, speaker and strategic advisor. His focus on the topics of open innovation, social media tools and intrapreneurship has propelled him into being a trusted advisor to many large corporations. He believes open innovation requires a ...