Outgrowing the Old: The Necessity of Change Management

Successful businesses have always adapted readily to change, but at no time in living memory—and likely at no point in history—has adaptability been a more desirable business trait than it is today. Given our recent economic difficulties, in combination with accelerating technological sophistication, change occurs almost daily—whether we want it to or not.

The greatest obstacle to necessary change is a reluctance to modify or abandon procedures that have become familiar and comforting. But a flexible, agile organization has no choice but to change in the face of reality. As German philosopher Friedrich Nietzsche once pointed out, “The snake which cannot cast its skin has to die. As well the minds which are prevented from changing their opinions; they cease to be mind.”

For good or ill, Nietzsche’s ideas have influenced entire generations of intellectuals, both in Germany and throughout the world. Few philosophers are as famous as he, if only for the Third Reich’s misuse of some of his philosophical concepts. Left fatherless at a young age, Nietzsche spent part of his childhood raised by his mother, maternal grandmother, and paternal aunts before his family moved into their own house after his grandmother’s death when he was twelve.

He was educated in private schools, where he showed talent in language and music, though he also showed interest in topics considered “unbecoming,” such as unconventional poetry. His philosophical explorations began when he studied the works of Schopenhauer. Over the years, he “shed his skin” several times as he wandered away from the study of philology (his original career), renounced his Prussian citizenship, and served as an orderly in the Franco-Prussian War (1870-71), among other things. He certainly knew about shedding his skin.

Project and process management provide the meat and potatoes of the manager’s daily work; but given what the world has become, change management has also risen as a significant factor that we cannot ignore. We must actually help our teams embrace change rather than reject it. How?

All that’s difficult enough. But in this post-Great Recession world, you’ll need to adopt or adapt other change management methods as well, for the benefit of the organization—especially as you seek to expand into the vacuum of new opportunity left behind by the organizations that didn’t make it. For example, I would suggest:

While it may seem just a little simplistic to say that successful change management depends on a positive attitude and a willingness to accept change and work hard along the way…well, that’s what I’m saying. It’s common sense, but we know how uncommon that really is. For those who find this too Pollyannaish, realize that you do have to be a lot tougher than before to make sure it works. Calculated abandonment and limiting growth may sound like mistakes, and may at times feel like cutting off a limb.

But as a leader and change manager, you have to see the big picture. If your corporate or departmental “body” lies pinned under an economic stone by that one limb, your survival options may be limited if you don’t reach for the saw.

Tell us a story of how you’ve shed your skin in the past! What works?

Looking for more information? Check out our Top 10 Business Process Management software report. Also, make sure to take a look at our full collection of best practices blog content.

[This post originally appeared on The Productivity Pro blog and is republished with permission.] 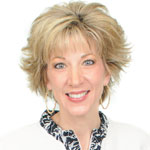 President & CEO, The Productivity Pro®, Inc.
Expert in Productivity and Leadership
Laura Stack, MBA, CSP, is America’s Premier Expert in Productivity™. For over 20 years, her seminars and speeches have helped professionals, leaders, and teams accelerate individual and team performance, execute efficiently, and improve output in the workplace.