Sharp has announced plans to release a 3D phone globally by year’s end. The smartphone will have a glasses-free, autostereoscopic screen. It will also include a 3D camera able to take pictures and video, which can be displayed in 3D on compatible devices. 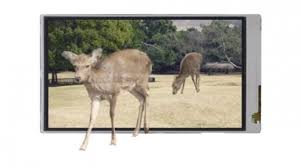 The Japanese electronics corporation also has plans to launch a Nintendo 3DS, intended for handheld 3D gaming, before March of 2011, though rumors say that it may be released late this year, as well.

Sharp will perhaps utilize the 3D parallax barrier display showcased in April, which actually has a touch screen intended for the Nintendo 3DS. No specific details on pricing, feature specifications, or release dates have been announced.

A number of other, unsuccessful 3D smartphones have been released in the past. Microsoft attempted to market one called the Kin, but the company was forced to have it discontinued in June, six weeks after its initial launch. Hitachi had developed one for the Japanese service carrier KDDI in 2009, and NTT docomo has had a prototype 3D screen, but both were only released in Japan.

Sharp has been dominant in Japan with a 25% market share of mobile phones, but has made few prior international mobile releases. The company has also not produced much in the way of smartphones.

3D technology is still coming along. 3D television is now available, though it’s expensive, requires glasses, and has little content yet. A possible issue with 3D smartphones may be the fact that they have to be held at a certain angle and distance to be viewed properly, though I suppose smartphones are frequently used from the front anyway.