What Every Sales Person Could Learn From the Yankees & Joe Torre 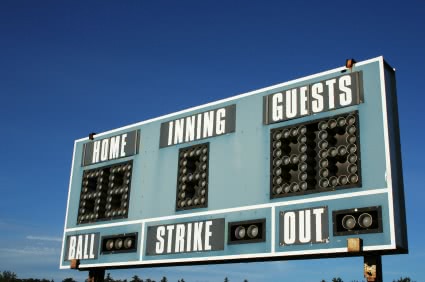 By Lee B. Salz – President of Sales Dodo, LLC

The falling-out between the Yankees and Joe Torre happens every day in business. Sales people can learn a lot from the experience.

This is the time of year when salespeople begin to reflect on their performance. Was it a good year? Was it a great year? Some will say they earned the dollars they desired, so it was a great year. Others will hang their hat on an account that they won and say it was a good year. However, as Joe Torre, former manager of the New York Yankees recently learned, employers have a single data point for measuring success that dwarfs all other statistics.

As the New York Yankees were eliminated in the first round of the playoffs, the rumors began to swirl that their manager, Joe Torre, was not got going to be asked to return as manager in 2008. He had just finished the last year of a three-year contract, which meant there were decisions to be made. Interestingly, many have said that his best managerial year was 2007, a year in which the team was eliminated early in the post-season. As manager of the Yankees, he took the team to the post-season every one of the twelve years while at the helm. No other team is enjoying a streak of this magnitude, but it wasn’t enough for team executives.

Following the Yankees’ elimination from the post-season, the executives of the team met to discuss their plans for 2008. Did Joe Torre belong as manager of the team next year? Many fans were confused as to how this could even be a question. Twelve consecutive years in the post-season and 4 World Series victories make his return a no-brainer. How could a team not reward him with a new, larger, guaranteed contract?

As Joe Torre described, he arrived at the Yankees’ executive meeting in Tampa and saw a room full of successful business executives who were looking to continue that success. Joe is a former baseball player, broadcaster, and manager, but not typically referred to as a business professional. He was caught off guard by the business presence in the room. What took place next was even more interesting.

The team told him that they desired his return in 2008. However, they wanted to restructure his compensation plan. They offered him a salary that was significantly lower than what he had been paid in the past. The plan included incentives that, if achieved, made the contract worth more than the prior one. Torre was confused and offended by the offer. According to ESPN’s Buster Olney, “The Steinbrenners explained their rationale for cutting his base salary 29 percent — the team hadn’t met the organization’s goal of winning the World Series for seven seasons.” During his prior three-year contract, the team failed to even reach the World Series. In Yankees terms, this is also known as an eternity. Joe declined the contract offer and elected not to return to the team.

Following the meeting, the president of the team shared that the New York Yankees pay for performance. They want to make sure that the person responsible for the goal is compensated for achieving and exceeding it. In the military, this is called “making mission.” Torre was quoted as saying, “The fact that somebody is reducing your salary is telling me they’re not satisfied with what you’re doing.” Yankees president, Randy Levine, had a different interpretation when he said the Yankees believed it was “important to motivate people, as most people in everyday life have to be, based on performance.”

Most businesses have specified business objectives. In some, there are revenue targets. In others, the target is an improvement in margin. Still others desire both or have even different objectives. In any case, to achieve those objectives, company executives formulate compensation plans to ensure that their sales leadership and sales people have their eye on the prize. The prize is made very clear to the team. Failing to achieve the business objective is not an area for discussion.

Just like in baseball, sales is full of statistics, metrics, and measurements. On any given day, one can make a case for promoting or firing just about any member of the sales team. During review time, the business leaders go back to the specified objective. Did the team make mission? Sure, great things happen throughout the year, things for which to be proud. However, at the end of the day, there is one key for the sales professional. Was mission achieved? Joe Torre is described as a great man, a classy individual. Sometimes these terms are used to describe members of a sales team. However, those characteristics don’t result in pay increases or promotions. Companies pay for performance. This is performance that ties back to the business objective.

Lee B. Salz is President of Sales Dodo, LLC and author of “Soar Despite Your Dodo Sales Manager.” He specializes in helping companies and their sales organizations adapt and thrive in the ever-changing world of business. Lee is available for keynote speaking, business consulting, and sales training. He can be reached via email at lsalz@salesdodo.com, his website at www.salesdodo.com or by phone at 763.416.4321.