Can't Get No Satisfaction? 3 Problems That Are Killing Your Business 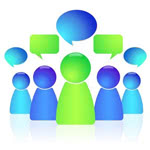 I’ve been wearing my earbuds while working out on the treadmill lately, to keep out the random noise of the gym. Lately I’ve taken to blasting a bit of the music of my generation through them. Who knew the Rolling Stones could be so good for motivation?

But, after hearing Mick complain for about the fortieth time that he was not getting any satisfaction, I thought to myself: “Gee. Maybe his job just isn’t a good fit for his Role.”

For any readers who don’t immediately get what I mean, a person’s Role (as identified by our ‘technology of teaming’) describes the manner or mode in which the person seeks to make meaningful contributions to their ‘team’.

In our most recent system activity report, we still hadn’t seen any Mr. Michael Jagger on the list of people who have passed through the Teamability portal. (Mick, I’ll set you up, no charge. Just let me know!) But he gets some props anyway, because he did inspire me to think about what it actually is that brings satisfaction to each Role in a working environment. This is a very important thing to know, because people of different Roles have very different ways taking pride in what they do, and also in how they experience respect and appreciation. This is why any given means of praise, reward, or recognition will work very well with some team members, while others seem indifferent (or even hostile) to it.

The Roles That Facilitate a Stronger Team Envirnoment

Having a source of reliable, actionable ‘Role-specific’ information about creating satisfaction would mean that many more people could be happier at work, and thus, happier when they go home. Happier people, better world. A ‘sixties’ dream achieved.

So, where does satisfaction come from? Let’s take it Role by Role:

For the Founder, it’s all about their vision of the future. Satisfaction happens when they feel and see that other people think it’s a worthy one.

For the Vision Mover, it’s when people clearly express that they really want to go where you’re trying to get them to go, and they just do it.

For the Vision Former, it’s having the opportunity to guide people toward a transformation into their own ‘best self,’ and having them respond and cooperate in that endeavor.

For the Action Mover, it’s a day of having lots to do, getting it done, and being treated like the hero (even though you really don’t think of yourself as one).

For the Action Former, it’s seeing people grow into their job, take on new responsibilities, and getting the smallest acknowledgment that you had something to do with it.

For the Explorer, it’s never being ‘boxed in’ or confined to ordinary or repetitive activities, and experience delight from the people to who you present things that are (or could become) extraordinary.

For the Communicator, it’s having the chance to build and sustain a caring, responsive, unified community of belief and faith in the larger vision.

For the Conductor, it’s fixing what’s wrong and doing what’s right for people, whether they know it or not. It also comes from not getting into trouble for trying, because doing what you do so well can sometimes lead to bending (or breaking) the rules.

And, for the Curator, it’s having unlimited access to organizational information, experience, and wisdom; having a place to store and preserve it; and having opportunities to share it with people who respect the true value of such knowledge.

The 3 Problems Hurting Your Business

And suddenly, I’m back with Mick, and all of the others who still can’t get any satisfaction. I think I now know the origins of the problem. It’s the same three ‘adverse experiences’ that are common in so many business environments:

I wonder if he has been repeatedly subjected to boring, formulaic presentations on ‘business innovation’ or ‘engagement’ instead of having genuine opportunities to produce meaningful ideas and solutions to real-world problems.

I wonder why he isn’t just appreciating who he is as a unique human being, with many gifts to share with his team, instead of feeling like everyone has to be cut from the same cloth.

Ultimately, we get satisfaction when we have real relationships with other people, starting with our teammates, both at home and at work. And in this context ‘real’ means that each person is recognized as unique, and appreciated for what – and for how – they make their contributions to the team.

Guess what Stones track is playing now? “You Got Me Rockin!”

Want to read more insider-perspective posts? Browse our entire archive of blog posts on advice from software experts by visiting the Industry Insights section of the Business-Software.com blog.

[This post originally appeared on the CustomerThink blog and is republished with permission.] 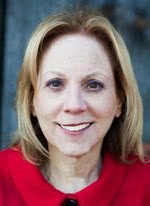 CEO, The Gabriel Institute
Architect of the Technology that Measures Teamability®
Dr. Janice Presser is CEO, a Principal of The Gabriel Institute, and architect of the underlying technology that powers Teamability®. She is a pioneer in Talent Science, and a recognized thought leader in qualitative assessment and human infrastructure management concepts. ...