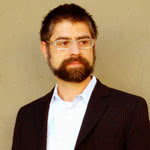 San Francisco-based Taulia enables buying organizations to pay their invoices earlier in return for additional discounts. Their Dynamic Discounting platform creates a win-win situation, because buyers receive discounts while suppliers get their money faster. VP of Products and Solutions, Markus Ament, joined us for a discussion on the credit crunch, the big players in this market, and the future of supplier networks.

For more information on Taulia, please visit their website or review their product profile.

What is your company’s mission?

Our mission statement is to reduce the waste in the financial supply chain. We want to connect small, medium, and large suppliers to their customers and ease their pain in getting funded and getting invoices paid early. So we form a bridge between these two parties.

How was your company founded? What inspired you to establish it?

Our previous company drove that. Taulia’s founders were active in the Accounts Payable space, working with large corporations and their supply base all over the world, for about twelve years. We ran another company called Ebydos (which was later bought by ReadSoft) where we provided financial document automation for SAP companies. Although we were quite successful, we were noticing a side-effect to shortening invoice cycles; namely, companies couldn’t really take advantage of it. It didn’t matter if an invoice was approved in two instead of twenty days, because the supplier wouldn’t get paid early anyway. So we saw an opportunity to combine the achievements of the past—automation and workflow—with a financial incentive for buyers and suppliers. We called it Dynamic Discounting.

Why should people care? What do you do differently?

One of the biggest problems since the credit crunch of 2008 is that a lot of small companies are going out of business because they don’t have access to cash and credit. They don’t have the liquidity they need to sustain themselves or to grow. What Taulia provides is a link to the cash of large corporations—their customers—by getting paid early. So from a general perspective, that’s why I think the business world should care—and it does care.

What do we do differently? There are many ways of getting funded: credit cards, banks, factoring, etc. Taulia offers a more effective way for the supplier to get money. Our way is faster, easier, more desirable, more predictable, and also cheaper. 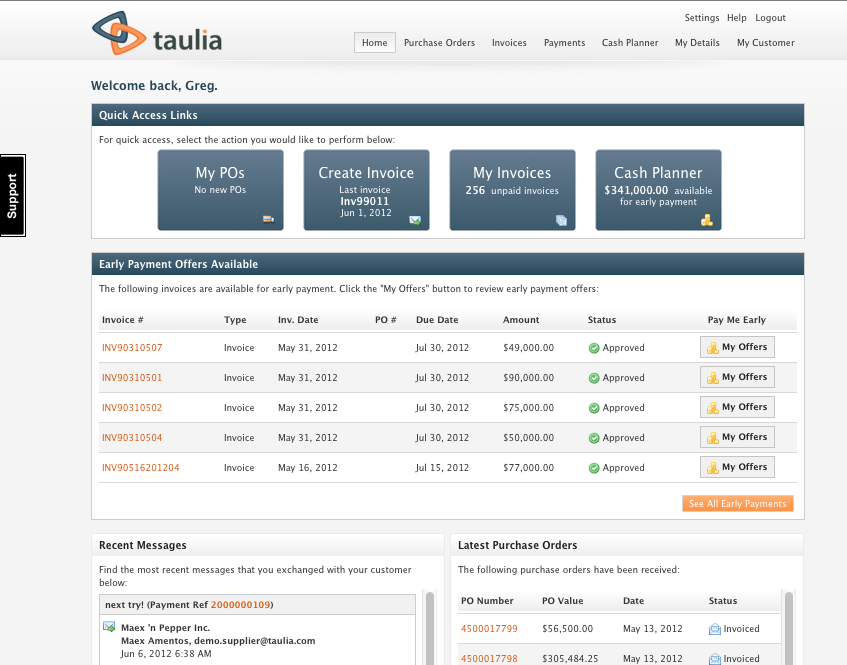 How do you stand out from all the industry noise?

We focus ourselves. We are not ERP-agnostic — we’re an SAP solution. That sounds like a limitation, but it’s not. Roughly 70 percent of the spend of the Global 2000 runs through SAP systems.

What value does your company bring to the industry, to its market?

We expose 100 percent of the spend of large buying organizations to their supplier base. Meaning, suppliers are able to get early payment on all invoices they submit, not just the fraction that was submitted electronically through a vendor portal.

Where is the segment you operate in headed? Where do you see it in 5 years? How will your company and products fit into that landscape?

With the growth of Software-as-a-Service (SaaS), it’s much easier to connect buyers and suppliers. You’re no longer dealing with silos where suppliers create invoices that they send through the mail and then the customer receives them and so on. Taulia is not the only company that’s doing this. SAP, one of the big silo companies, just bought Ariba, which clearly shows that this trend is happening right as we speak.

The second thing we see is the emergence of “big data,” to use a buzz word. All the transactions that are being done between customers and suppliers—payments, purchase orders, invoices, etc.—create a lot of data and transactions that are extremely valuable. Companies can use this data to do risk assessment of suppliers and invoices, which in turn drives down the cost of funding something. Once you have data and a history of transactions, you can determine whether it’s smart to pay an invoice early.

How do we fit in? We do all these things, and we have been doing them for three years now. We built a network, we’re connecting large buying organizations with their supplier base, we collect and crunch data with help from extremely powerful databases (we partner with SAP in this area), and we’re establishing connections to funding sources that can inject capital while we provide risk assessment. 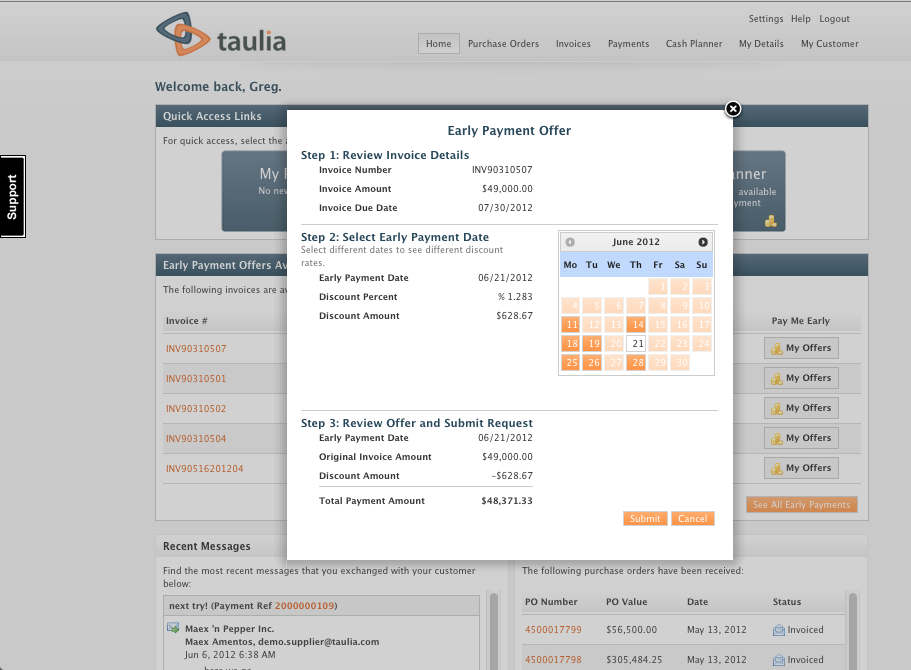 What challenges do you see? How can businesses overcome those challenges?

We have to work with funding sources: banks, for instance. That’s a challenge in and of itself. We’re a startup of fifty people and the banks we work with have 100,000 employees, so there’s a different speed you have to adapt to.

Secondly, it’s a challenge to stay focused. We do many things and we try many things, but as a start-up you have to make sure you focus on what really matters. We feel we’ve been very successful at doing this, but it’s still something we constantly work on: staying focused and not doing things that don’t drive our core business.

What is the most exciting thing about your software? What makes you excited about it?

I like the fact that we’re a young company. We’re less than three years old—we publicly announced our product about two years ago. But still, we managed to close some big brand names like Pfizer, John Deere, Warner Bros., Coca-Cola, and PG&E here in San Francisco. I’m excited that those big companies chose to do business with a small start-up like Taulia.

It’s also exciting to win deals against leading competitors in our space, like JP Morgan Chase and Ariba. It’s the David and Goliath principle, and that appeals to me a lot.

Who are the most interesting people/companies in your market segment right now? Why?

There is one competitor I’d like to mention that’s on to something, although I think they’re on to something wrong. The company is called Pollenware, out of Kansas City. They do something called auctioning of payables. While I think the concept is wrong, as well as unattractive to suppliers, at least I give them credit for trying something new.

Then there is the Receivables Exchange in New Orleans. They’re no longer a start-up, but they managed to shift the market by delivering a sexier, state-of-the-art version of factoring.

Lastly, I want to mention our partner, Tradeshift. They’re absolutely going in the right direction—first of all by partnering with Taulia, but I also think their concept is the right one: a Facebook-style supplier network that’s lean, simple, and free. Combined with their Instant Payment offering, which is similar to what Taulia does, Tradeshift is a company we will be hearing about a lot in the future. I’m proud we’re working together in this space.

Want more perspectives from industry insiders? Check out our full archive of interviews on Behind the Software.