Behind the Software Q&A with Apptegic CEO Karl Wirth 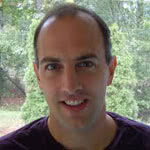 Think about the ways in which you use your email client, or any other service you access through the internet. Which tools or views do you access most often? Which ones do you avoid like the plague. More and more software developers are realizing this kind of data can let them personalize their customer service experience to a highly granular degree. During our Q&A with Apptegic, we spoke with CEO Karl Wirth about how he and co-founder and CTO Greg Hinkle are converting that raw data into actionable intelligence.


What was the inspiration for you and Greg [Hinkle] to start Apptegic?

Greg and I had worked together at a previous software company in Boston and we were noticing a similar trend in a lot of the companies we were talking to in that setting. There was a need to better understand the customer, online customers. They were losing touch with their customers because the customers were interacting with them entirely through software. So Greg and I thought we could take what we knew from our past experiences–and even what we were working on at the time–and started a company together that would help people better understand their online customers by understanding their behavior.

So the short answer is that it came from customer interactions we were having together while we worked together at a past job.

Could you explain a little bit about your Customer Guidance System and how it ties into your overall service?

So let me take a step back here and explain the whole story first, and then I can explain it in that context. The big picture of what we’re doing at Apptegic is that we think there’s a whole other layer of understanding about your online customers. That’s their behaviors, the actions during the visits they’re making, and we gain certain types of data about how they interact with your online presence. A lot of people have captured that for awhile if they run analytics, but that’s all aggregate data, which means it’s showing general trends.

Our approach is to say, well, if you can capture information at a per-person basis you have this whole extra set of data about that customer. So, really, what you can do is know your customer a lot better. If you’re knowing the customer you put rules in place that would guide the customer to use the guidance aspect of things that can guide them to whatever the definition of success is for them.

Suppose your customer is using an online application of some sort, some kind of SaaS application or web app, the guidance might be helping them use a feature they haven’t used before, helping them become a more advanced power user. You don’t want to put that in everybody’s face the first time they visit, but you would suggest it to them after their behavior has shown that they’re looking for it as an advanced user. Another example is if you have a blogging software and a person was logging in and looking at past blogs they’ve written. If we’re able to realize through the software that it’s been a month since they’ve posted a blog then we might want to suggest to them as a reminder–as another form of guidance–to say, hey, it’s been awhile since you posted… Do you have writer block? Here’s a helpful video on how to overcome writer’s block, or different things like that.

In an interview you did with TechCrunch you mentioned that many companies were already building this kind of tool in-house on an ad-hoc basis. Why do you think a service whose uses are so intuitive hasn’t been integrated into more SaaS solutions from the get go?

That’s a good question. I think it’s because it’s hard to do. If you just think about the data storage side of it; you’re not just looking at the fact of the transactional data, you’re actually looking at behavioral data, which is one or two orders of magnitude more data. So when you’re building your software-as-a-service or any kind of online application your first thought isn’t to capture this and architect your system to do so. Your first thought is to provide whatever your core functionality is.

Then, as you’re becoming successful, you think, well, we could make people even more successful with this if we capture some of this data and leveraged it. But that’s a whole new product to build. Most try to do some, but can’t go the whole way.

Do you have a lot of direct competition so far or are you still mostly treading uncharted water?

The most common things we’ve seen is people building it themselves. For instance you’ll see some examples of that if you look in Google Mail or LinkedIn or Salesforce you’ll definitely find them with little pop-ups or call-outs talking about some new functionality that they’ve built. Now for most, if not all, it’s very simplistic. So it’s just like, hey, we built a new feature so now we’re going to highlight it to everybody until they click on it and make it go away. But that’s still a step towards what we do.

Our message is much more sophisticated in that it’s able to suggest things to somebody based on their behavior, not just everybody who’s never done the thing in question.

Being a Boston-based startup, was it a challenge attracting potential investors or is geography already bunk when it comes to investors?

No, it wasn’t a challenge. In the early stages we worked with Boston angel investors. We had some in the Silicon Valley as well, but most of them were in Boston. And then as we think about our future fundraising we’ve been building relationships in Boston and down the East Coast as well as in the Silicon Valley.

In a now-famous op-ed for the Wall Street Journal, Marc Andreesen wrote that software is “eating” the world, leading to the quantification of everything and greater emphasis on digitzied data. In your opinion how do you think that trend is going the affect the way companies around the world will do business in the near future?

I do agree. I read that article and liked it. I think I even commented on it on the Wall Street Journal Online, I think. But I think it’s a correct trend and I’d like to add to it that cloud-hosted SaaS, or whatever term you want to use, is also the predominant way in which software is and will be interfaced with, and in that case there’s a terrific opportunity that’s opened up.

There’s this immediate threat that when everything’s mediated by software you lose the relationships between people so that you don’t know your customers. But, and especially if it’s SaaS software, you have this well of data with which, in some ways, you can actually understand the customer even better because you are able to measure and track behaviors and then aggregate that, learn from it, and respond in a personalized way. That opens up this whole opportunity to know the customer better and respond more personally than you would in a non-software-mediated-world.

What’s the biggest challenge you guys are currently and how are you addressing it?

The biggest challenge is trying to build awareness of us. What we find is when people know of us they get very excited, but part of the problem is that those same people are saying to us “I didn’t know about you guys.” So we’re really a juncture as a company where we need to continue to actually concentrate on our marketing so that we get broader awareness of our product.

What kind of year is 2013 going to be for Apptegic? What kind of goals do you have for the year and what’s your strategy for getting there?

It’s very similar to the last point in that we have a product people love and are excited about and our paying us for–that’s all very good — and so it’s really about scaling that, figuring out how we can bring it to many more customers. That’s the challenge. The goal is to do that so we reach a much broader set of customer while we continue to enhance the solutions.