How the ESIGN Act Changed the Way We Do Business 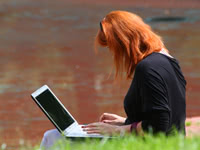 Anyone who’s ever opened a bank account from their couch or applied for a loan at midnight knows how much the Internet has changed the way we do business. But you might not know that these transactions are possible because of a little piece of legislation from more than a decade ago: the Electronic Signatures in Global and National Commerce Act (ESIGN Act).

Before the ESIGN Act, businesses struggled to figure out how to handle online transactions. Many companies were accepting electronic signatures, but they weren’t sure whether those signatures were considered legal.

It became a global issue when other countries started adopting electronic signature technologies. Legislators were afraid that U.S. companies would fall behind global businesses unless Congress showed support for digital signature technology.

From the start, the ESIGN Act had a lot of support in Congress. Spencer Abraham, a Senator from Michigan, was one of the act’s biggest supporters. Abraham believed the bill would boost ecommerce because it would give customers confidence in electronic contracts.

In 1999 Congress introduced several bills about electronic commerce, which were then broadened, revised and combined to create what later became the ESIGN Act. The bills had a common goal of promoting ecommerce without a bias toward any particular technology.

By the time the ESIGN Act made it to President Bill Clinton’s desk on June 30, 2000, several states had already passed their own laws about electronic documents. But when Clinton signed the act, he established a federal safety net to make sure that electronic contracts would be considered legal for commerce nationwide.

With the ESIGN Act, the government established that electronic signatures have the same legality as a traditional signature on a piece of paper. This legislation opened the door for digital signature technology companies like SIGNiX to be seen as a secure and legally enforceable way to sign documents…in fact, SIGNiX signatures are completely ESIGN compliant. To read the act in its entirety, click here.

Want to learn more about what makes a digital signature legal? Download our free white paper “6 Questions to find out if a Digital Signature is Legal” today!

If you’re still looking for additional information on some of the other contract management systems out there try checking out our exclusive Top 10 CLM Software report. Also, be sure to take a look at the Business-Software.com Contract Management resource page.

[This post originally appeared on the SIGNiX blog and is republished with permission.] 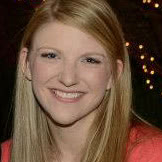