Human Resources: Another Way Google and Yahoo are Different 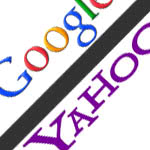 Two stories about human resources decisions show a remarkable contrast between Google and Yahoo, and may be telling about the future of both companies.

Marissa Mayer’s ban on telecommuting has been at the center of an ongoing debate about flexible work arrangements for months. Since it was first announced in February, the ban has generated thousands of articles and blog posts.

Telecommuting policy and candidate screening practices might seem like they have nothing in common. But the common foundation to these stories reveals a critical difference between how Google and Yahoo view their employees.

Mayer’s ban came about because she suspected that remote workers weren’t actually working. Looking at the VPN logs confirmed this.  The memo announcing the ban claimed “Speed and quality are often sacrificed when we work from home.” But that isn’t the real problem. The real problem was unmotivated, unproductive employees. (At Enkata, we see the same thing when we look at remote workers: there are definitely slackers.)

At Google, you can read between the lines to see that the problem they were having. They were spending top dollar and tremendous effort to hire the best of the best. Bock’s team had focused for years on finding a way to identify talent that couldn’t fail. But clearly, some of these people were failing to perform. Otherwise, the New York Times article would have been about the brilliance of Google’s hiring process. The problem wasn’t that Google needed to hire smarter people. They had that solved. The problem was that something was happening that kept these people from performing the way Google wanted them to.

Fundamentally, both companies were facing the same question: how to get more productive, successful employees.

Mayer’s solution was to take a sledgehammer to a perk that happens to be an iconic symbol of an “enlightened” workplace. Yahoo probably did have slackers. But many telecommuters are diligent, hardworking, productive people. Mayer was definitely right that some, perhaps many, of her telecommuters were checked out slackers. The same is likely true for many of her in-office employees. Forcing an unproductive, unmotivated person into the building is no solution for their lack of productivity or their motivation.

Google, on the other hand, started investigating how to improve mangers. Bock’s team was looking for ways that managers could make “people feel excited and happy and wanting to go the extra mile for you.” (Not quite the thing Yahoo is going for with the telecommuting ban.) Bock said they were able to significantly improve the quality of management, as measured by surveys of how people feel about their managers.

Given that both companies were trying to find ways to improve workforce performance, the difference approaches say volumes about how Yahoo and Google view their employees.

Mayer’s message is one that speaks to a lack of trust, a lack of respect, and a lack of partnership. She didn’t ask employees to work with her to solve a problem. She issued an edict with an ultimatum. That’s one way of managing.

Bock’s message to the Google employees is the exact opposite. He believed they were hiring people who could be great, but sometimes needed better managers to help them get there. By engaging with employees, he’s telling them their opinions matter. Using the feedback to develop managers shows the trust, respect and partnership that Yahoo lacks.

Sometimes there are debates that have no right answer. This isn’t one of them. Enkata research shows that managers are by far the biggest leverage point for employers to increase workforce performance. Good managers have productive employees. Bad managers don’t. If you want better employees, start by helping your managers. 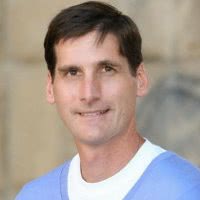 Daniel Enthoven brings twenty years of technology and call center experience to the Enkata team. Dan was one of the early employees of Nuance Communications, developing their vertical marketing and channel sales programs. Later, Dan joined BeVocal as Director of ...