Despite the popularity of Facebook and LinkedIn, Twitter is the place where you can find the most active engagement between entrepreneurs, investors, and tech enthusiasts. Here are the top 10 accounts anyone with an interest in business software should be following.

Also be sure to follow @BiznessSoftware for up-to-date tweets on the hottest new products, best practices, and more. 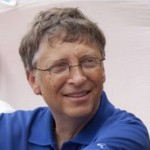 Bill Gates has more Twitter followers than the rest of this Top 10 list combined. No wonder. Despite Steve Jobs’ best effort to dethrone Gates, he’s arguably still the first name that comes to mind when you think about computers and software. The case could be made, however, that much of Gates’ Twitter following is due to his philanthropic efforts, because very few of his tweets are tech-related. 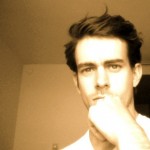 Only the very first Twitter users were able to claim a simple handle like @jack. Jack Dorsey had a leg up in that area, of course: he was a co-founder of Twitter. Then in 2009, he co-founded Square, revolutionizing mobile payment strategies and signing a $25 million deal with Starbucks in the process. Jack tweets inspirational quotes, business articles, as well as glimpses into his personal life. Another Twitter exec, Dick Costolo, has close to a million followers, but he wisely chose to add an extra letter to his handle: @dickc. 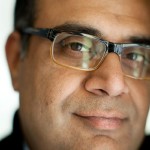 The founder of GigaOm, Malik Om is an avid blogger, tech enthusiast, and venture partner at True Ventures, where the portfolio includes Bandcamp, GoodReads, Loggly, and PistonCloud. Malik’s tweets consist of GigaOm posts, business-related news from around the web, and personal musings. 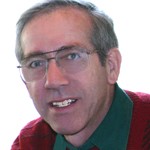 Martin is a startup mentor and angel investor, whose tweets focus on news, best practices and general advice for entrepreneurs. Martin has a following that rivals that of any celeb, which is in part due to his publishing gigs for the Huffington Post, Forbes, and other respected magazines. 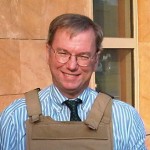 Schmidt was the CEO of Google between 2001 and 2011, and also served on the board of Apple. Although he seems to be wearing a bulletproof vest in his profile picture, he is actually a popular tweep, who tweets mainly about revolutionary new technology and Google-related developments. 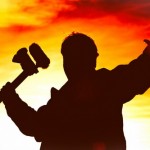 Robert Scoble is one of the early success stories of marrying a high-profile tech job with an active online presence. Scoble is perhaps best known for his blog, Scobleizer.com, which rose to prominence during his time at Microsoft. He currently works for Rackspace, and continues to blog about his experiences in Silicon Valley. His tweets are all tech-related, with a strong focus on Rackspace and Facebook.

Dharmesh is the founder and CTO of HubSpot, a company offering an all-in-one marketing software solution. He’s also a blogger at OnStartups.com. Dharmesh shares interesting news through tweets, as well as event coverage or marketing advice straight from the HubSpot source. A recent gem: “Success is making those who believed in you look brilliant.” 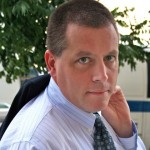 Peter Shankman has a picture of a cat on his Twitter page. Scroll down, and you’ll see his tweet timeline is full of jokes and funny quotes. But mixed in there, you’ll find the real gold Shankman is known for. He was one of the founders of the AOL Newsroom, “when AOL was cool”, and currently, he’s an angel investor in several start-ups, a speaker, and a Fortune 100 consultant. 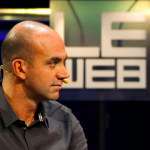 Loic Le Meur calls himself a “serial entrepreneur,” and not just because that rhymes with his last name. He is the founder of Seesmic, a popular Twitter management tool, and the creator of LeWeb, a major European tech event. On Twitter, Loic mixes business advice with glimpses into his personal life. 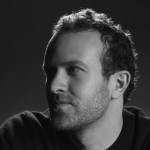 Fried is the founder of 37signals.com, a company that creates web apps to make information sharing easier. His motto? “It’s simple until you make it complicated.” Fittingly, his tweets are short and sweet, with links to tech-related news and opinion pieces.

Want to read more insider-perspective posts on social software trends and other goings-on in the software world? Browse our entire archive of blog posts on news from the industry by visiting the News and Trends section of the Business-Software.com blog.