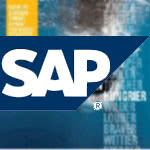 When the world’s largest business software company recruits a Chief Storyteller, it’s news because it’s a first for the industry.
And when the decision was made by SAP’s CEO, Bill McDermott, it becomes a great story.

Why, for instance, did Bill feel that the role of Chief Storyteller was so important that he personally recruited Julie Roehm 18 months ago for the role?

Why did he hire a B2C candidate for a B2B role?

And with all of Bill’s experience (Sales Xerox, President Gartner, Exec VP of WW Sales & Operations Siebel, and CEO of SAP), what insights can we gain from his decision?

Bill wanted Julie and her team of 90 employees to be the proof point for SAP’s work. But for the proof to stick, Bill felt that he needed someone from B2C who was able to wrap SAP’s facts up in emotion to form a story. Because even if a salesperson persuades a customer how great their offering is with facts, they only did so on an intellectual basis, and buyers are not inspired to act on reason alone. To buy, the customer’s must not only think it’s right, but more important, it has to feel right. And as one of the 100 Leading Women in the North American Auto Industry by Automotive News, Julie was the perfect fit, because cars are such an emotive sale.

And today neuroscience is able to prove that emotions not only don’t get in the way of rational thinking, but more important that emotions are essential to decision making. In 1982, for example, Elliot, a patient of neurologist Antonio Demassio, had a brain tumor removed, and only the emotional part of his brain was affected. Because the conventional view of neuroscience at the time was that if our decisions kept us from making good decisions, then surely Elliot would be better off without his feelings. But that’s not what happened. Instead, Elliot would endlessly deliberate over irrelevant details like whether to use a black or blue pen. His paralysis for analysis was pathological. The moral of the story for salespeople is that we need to not just sell to Spock or we’ll end up in paralysis for analysis. We also need to sell to the emotional Captain Kirk so that customers are motivated to act.

Chief Storyteller: How to Package Your Stories

So what happens if you don’t wrap up your facts in emotion to form a story? Well, if your salespeople don’t introduce the main buying themes with a quick 2-minute story, won’t your salespeople sound like they are reading straight from a product manual? Without a story to give your product context, aren’t your customers left to try to figure out why it makes sense for them to buy, or even worse, why they should care?

And if your salespeople are selling how your product can improve results by 20 percent, don’t they end up sounding like every other software vendor? Won’t the prospect discount 90 percent of those claims?

But what would happen if they instead shared a story about a similar customer. And this story highlighted in detail the limitations of their current system? Wouldn’t the prospect suddenly see how their system could potentially be improved? Would prospects then be more willing to hear about your solution, because your salesperson first sold the problem? Don’t you agree that you’ve got to open the gap before you can close it?

So ask yourself if your salespeople shared just one story per meeting, and did everything else the same, would customers relate more to what they’re selling?

[This post originally appeared on the Insight Demand blog and is republished with permission.] 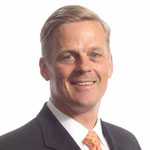