Forget About CRM: Yesware Can Fix Your Broken Sales Processes 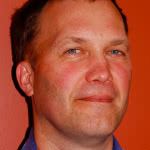 While many fully featured CRM products like Salesforce offer a huge amount of functionality, Yesware contends that the majority of it is locked up at the executive and managerial levels. Founder and CEO Matthew Bellows talked to us about how his Gmail-based solution provides a robust suite of tools that enhance the performance of everyone in the sales team.

What was the inspiration behind starting Yesware? What were the business needs that you felt you could deliver on better than any of the other competitors around at the time?

Well, I’ve been a salesperson and sales manager my whole career, and so the problems that those people and sales managers face are ones I lived in day to day. I’ve used most all of the tools available, so I’m familiar with the sorts shortcomings a lot of them have, especially the issue of a lack of quality data. That’s the problem that really got me over the hump from being the VP of sales to starting another company.

I basically feel like there is not a whole lot of data in CRM at all. It’s mostly opinions. It’s mostly somebody saying “I think this deal is going to close in two weeks,” or “two months.” Or saying “I think there’s a 90 percent chance to close.” There’s not a lot of objective behavioral alerts of activity-based data that’s captured, and so, consequently, when you’re trying to do your product planning or your 11-year projects or your sales mentoring or presentation for your board you don’t have much to go on. So our initial inspiration was just to say “how can we get more data and less opinion into the world of the enterprise when it comes to sales?”

But I think the real thing that set us on our course, which became the defining characteristic of the company, was to say instead of making software that we sell to the VP of sales or sales operations, let’s instead make software that helps salespeople. That granular individual will be more successful and then we can let them pull our product into the organization. That approach is the reason why we spend so much time focused on the initial end-user experience, and why it’s so important to us that end users are getting a ton of benefit out of using the product. As long as we have that, as long as we’re actually helping salespeople close more deals then everything else works.

What kind of features does Yesware have that competitors–both email-focused products like yours and larger CRM packages with email modules–don’t?

It depends on who you’re talking about, but in general Ia gree that we have two sets of competitors. Salesforce, for example. Salesforce has a template feature like we do, and a tracking feature too, band they obviously have a ton of other features too, and in a sense that’s a weakness. That’s why we win in that head-to-head comparison because we’re focused on delivering a very small, very valuable feature set, whereas Salesforce is focused on delivering a much, much bigger feature set. So consequently our user experience is much better on the features that we focus on. To be fair, Salesforce has transitioned over the past 18 or 24 months to be much more of a platform, so they don’t see us as being competitive at all. They see us as a third party software vendor built on top of Salesforce.

In terms of other competition, there are plenty of smaller companies innovating in email, and I think that’s awesome. There’s a gigantic market here, and more than enough customers and dollars to go around. Frankly, it’s great to have other folks out there thinking about the same kind of problems and working on solving them like we are. From that point of view I don’t think competition is hindering any of our growth–the market is so gigantic and the opportunities are real, so I don’t really worry about those folks so much. 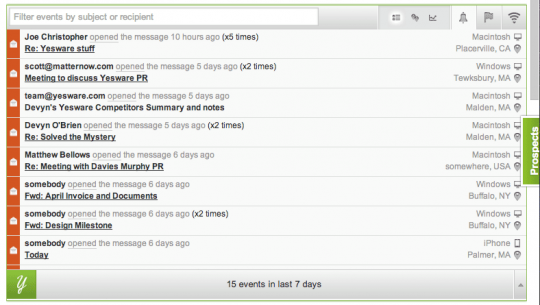 Are you seeing any strong correlations in what sort of companies are deploying Yesware?

Well, we’re only in Gmail and Outlook 2013. I looked at 2013, it’s in pre-release state and not commercially available yet. It’s being trialed at a bunch of big enterprises, but really almost all our customers are using the Gmail/Google Apps version of Yesware.

So our customer base reflects the one for Google Apps, which are generally smaller companies. 1 to 1,000 employees, though we have some bigger ones in general, and typically high-growth venture-backed firms or independent startups. They’re easier bootstrapped or running their own business and using Google Apps as the framework for that. We have a broad range of verticals, but I think software sales is our single biggest one. Sales telecom is a big vertical for us, real estate too. Public relations as well, actually; There are a lot of PR folks using Yesware, but generally speaking there’s a huge distribution. There are plumbers, there’s a nonprofit dance company in Brooklyn and there’s a chimney sweep. A very wide range of businesses.

You’ve traditionally focused on the native Gmail client and only recently branched out to Outlook. How important is the Outlook version for you in terms of priority versus keeping that original Gmail version at 100 percent?

This is a great question. This question comes up in every single one of our board meetings, so you’re right to put a finger on it. I will tell you how I feel right now, which is that, overall, probably 95 percent of our addressable market is in Outlook.

The vast majority of salespeople use some version of Outlook, thus we know we need to be there. The question is how do you do it with a small team and how do you do it effectively. What we’ve decided to do is start with Outlook 2013. It has a number of architectural advantages compared to earlier versions of Outlook which we can support and improve as a small team. That’s our entry strategy. But at the same time, gone are the days when Gmail and Google Apps was kind of like the cute add-on. It’s now a mission critical platform for several million businesses worldwide, some of them quite large, so we’re not constraining our growth by not being in Outlook right now.

This is probably a dumb question with a really obvious answer, but with the 95 percent figure you just cited, why did you guys choose to focus on Gmail and not Outlook?

I don’t think that’s a dumb questions at all. That was a key strategic decision we made about 18 months ago. The reason we made it was that–well, there’s a couple of reasons. The major one is that we just wanted to pick one so we could focus on one thing and try to get it right. Secondly, it’s a platform that’s growing very rapidly. Third, it’s a great development environment. It’s like there’s any official Gmail API or anything, but you can pretty easily get a hold of what’s going on adapt to suit the application’s needs. Fourth, there’s a great distribution channel for it, and that’s the key when you’re looking for a platform to launch your business on. Fifth is that a lot of forward-thinking businesses are moving onto Gmail, so it’s not just that it’s growing quickly, but the kind of people who are moving to it are the kinds of people we want to sell to: those who will try new technologies, who are looking for new solutions.

It was actually Jeremy Allaire, the CEO of Brightcove and founder of Macromedia, who made the decision for us at a meeting. He basically said “you know, I have got 400 people in my organization and we own four offices. I pulled out Outlook and put in Gmail and my support costs and overall email costs are one-tenth of what they used to be and people are working together better. You should just focus on Gmail and Google Apps.” 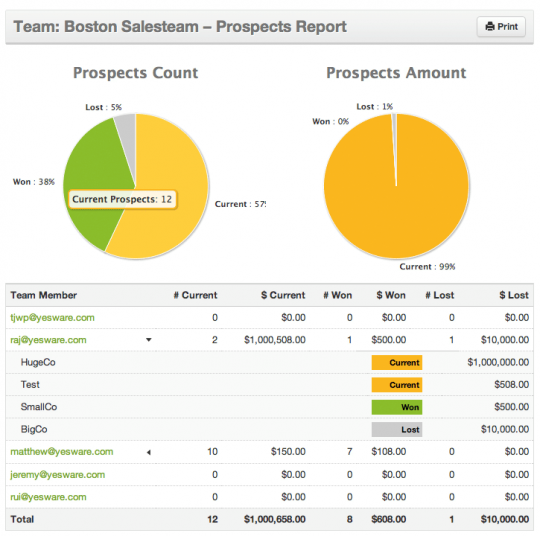 What’s the biggest challenge you guys are facing right now either business or technology-wise and how are you addressing it?

Well, obviously as you know, there are a lot of challenges when you’re doing a startup. It’s hard to narrow down to the single biggest one. The constant one is just the vision for the product and addressing the requests from the customers are always severely limited by the number of resources you have to execute on them. For a business critical application like Yesware you need to be very security cautious, priority cautious and stability/scalability maintenance cautious, so it doesn’t work to just slap some Javascript together and put it out there for 100,000 users. You need to actually engineer for a very high up-time, very high reliability and good performance and all of those things work against the idea of rapidly putting in tons and tons of features.

So I think we tend to be slower in terms of brand new features compared to other web startups, which is to say we do daily bills instead of ten-times-a-day bills, and we do two weeks’ expenses instead of one-week expenses, and stuff like that. Not that we’re slow, but there’s this constant tension between wanting to get more things done and wanting to make more improvements as opposed to expanding the overall vision of the product.

Where do you see your segment going in the next five years? What kind of challenges and opportunities do you foresee?

Broadly speaking, when we talk about our product strategy, we think wherever a salesperson is we should be there to help them. So that means three main areas: email, which started on, in-person meetings and on the phone. So there’s a ton of stuff to do just in those areas. Whenever you are working on closing a deal, Yesware should be there to help you do it.