Behind the Software Q&A with Zingaya CEO

When Zingaya emerged in 2009, on-browser calling was not yet a “thing.” While we were still in the age of impersonal phone trees and dropped cell phone calls, Zingaya helped narrow the distance between customer and service. Today, with emerging new technologies that support the Zingaya mentality, the company has grown from a flash-powered tool to a dynamic WebRTC solution.

We had the pleasure of speaking with Alexey Aylarov, co-founder and CEO of Zingaya, about the next generation of toll-free calling.

How did the idea of Zingaya come to you? Did the technology exist to implement when you had conceived it? 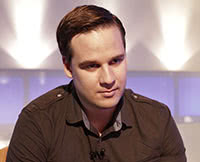 We’ve been developing voice-ready software since 2009, but at first it wasn’t as easy as it could be for the general public to use. We came to the idea of making calls without needing any download or installation. This would allow users to make a call to a customer representative directly from the browser.

Initially, we worked with Flash technology. We progressed from web browser communication to our immediate servers, then to voice-ready networks, and eventually to real phone numbers. After we implemented the technology, we decided the service would be perfect for toll-free numbers, where customers can call businesses for free.

That’s how the idea for Zingaya appeared. We decided to create a new generation of toll-free, if you will. That means a web-based link that instantly calls companies. They only need an Internet connection and microphone. Most laptops today already have them built in, making the process about as easy as it gets.

Can you explain the relationship between Zingaya and WebRTC? What role do open source tools play in your company?

We’ve always been interested in technology that allows us to access real-time communication, especially audio and video in the web browser without download or installation. When the WebRTC initiative appeared, either Ericsson or Google decided to push WebRTC centers to the market. Since it’s open source, every company can participate in the standard development and watch history unfold.

We’ve been waiting for this for a long time. Flash is not always ideal, and it’s not always the right fit for what we’re trying to achieve. So we joined the WebRTC initiative and helped other companies deliver this new standard to the market, answering questions and garnering enthusiasm. We’re often speaking alongside others in the WebRTC group, including talents from Cisco, Mozilla, Google, Skype and others.

WebRTC still has not reached the recommendation level we hope for. But it’s almost there, and we’re all looking forward to it.

With the debate about net neutrality in full swing, what is your stance from a call center perspective with Zingaya?

We believe in the importance of giving all different providers of services the chance to use the Internet equally. Netflix and other video content providers use more bandwidth than others. Yet many Internet service providers are interested in money and not losing margins. This heightens the net neutrality issue.

Having net neutrality is important for many services on the Internet, and Voice over IP (VoIP) is definitely one of them. It’s critical to have enough bandwidth to provide a quality service, and not just compete on who can afford the most bandwidth.

I want to continue to see net neutrality, where all service providers can have the same level of access to the Internet infrastructure.

Speaking of other call center software in this space, what kind of competition are you facing with Zingaya? Would you call yourself an industry leader?

We are not the first company to create a click-to-call service, but we are making it more popular. Our customer base is growing internationally, and we’ve always been on the cutting edge of technology. We were the first company who adopted WebRTC. At the end of the day, we want to let the public know you can actually make a toll-free call from your browser to a company’s customer service representative. So many still don’t know they can do that.

Customers call us saying, “Wow, I never thought it was possible to make a call this way.” But we still have a long way to go before we see large adoption. We see that this space is growing, though, and growing fast, with technology like WebRTC making that possible. New devices are now capable of this kind of call, including Android smartphones.

Sometime soon, we will see people tapping a button on a webpage from their smartphones, making calls using data rather than their phone minutes.

What are some creative ways your customers have used your product beyond customer service?

For a while our customers used our service as we intended: customer service and sales. But soon we received requests for other needs.

You also launched VoxImplant only last September. How has that been received so far?

VoxImplant came about when companies asked about using Zingaya for different scenarios that demanded more flexibility. We started by customizing our solution for those scenarios. Then we decided to create a stand-alone platform for those who like to create custom, real-time communication services to integrate with their existing applications and services. That’s why we launched VoxImplant at the end of last year.

We now have a good number of companies performing VoxImplant integrations. We continue developing new features, like conferencing and video calls. By the end of the year, we will have fascinating use cases. Developers will continue to find innovative uses for VoxImplant.

What would you say is your biggest challenge while working on Zingaya or on VoxImplant?

The challenge is always finding the right people for a project. We spent some time finding the perfect talent for our team. The market for the best talent, not only in the United States and Silicon Valley, but in Moscow and Russia, has a lot of competition. Building the right team is a huge challenge.

We also experience other challenges: interconnection with carriers, building infrastructure and building technology. We have control over some challenges more than others.

How do you see voice and video conversations changing in the future? And how do you see Zingaya adapting to these changes in the years to come?

We all see that real-time communication is migrating to the Internet at a rapid pace. We are seeing peer-to-peer audio and video communications, like Tango, Viber, Skype, and others – which are being used by millions. They are not controlled by Telecoms, nor should they be. As this migration continues, we will see the interconnection of different services. To talk with friends, some new ID may be required for the web. Perhaps even a Facebook ID. But I know this for sure: something will happen in the future that will have us all communicating in the IP world instead of with standard phone functionality.

Zingaya is one of many industry leaders we cover at Business-Software.com. To discover the top key players in VoIP and call center, download our exclusive Top 10 Call Center report. Or, to stay up-to-date with industry news and upcoming products, check our blog regularly.