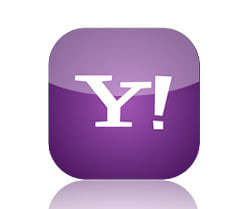 Yahoo instantly became the technology world’s top story this week when it announced on Monday that industry veteran and 38th most powerful woman in business Marissa Mayer was taking the helm as the company’s new president and CEO.

Mayer, who until this week had been working at Google in a number of different engineering and VP roles, is taking control of a technology company fraught with serious problems. A long record of declining quarterly revenue and shrinking market share have led to an image of Yahoo as the sick man of the technology industry. Contributing to this image was a blog post earlier this month by former Yahoo business development manager Michael Smith that criticized many of the company’s business deals and alleged that 20-25 percent of staff could be removed with little to no effect on operations.

A thread posted to the Dropbox user support forums on Monday alleging an influx of spam messages to Dropbox-registered email addresses has sparked fears of a security breach.

The cloud-storage provider is currently conducting an internal investigation on the matter, though problems got worse the following day when a service outage cut off users from their files. The Dropbox incident comes on the heels of last week’s security breach at Yahoo, resulting in the hacking of 450,000 Yahoo passwords.

As of yet the problems have been primarily suffered by European users, though several IT industry commentators have already said the incident illustrates the inevitable security risks that come with outsourcing enterprise data storage to cloud-hosting providers. 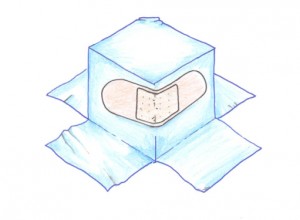 Windows Azure Capabilities Get a Boost

Azure, Microsoft’s PaaS cloud computing platform, was reported by TechCrunch to now be capable of processing 470,000 requests per second and storing more than 4 trillion objects. The numbers, posted earlier this week, are a fourfold increase of Azure’s capabilities just last year.

The boost is the latest in a series of upgrades announced recently, including the addition of locally redundant storage, which would seamlessly create three identical copies of any uploaded data to ensure its continued integrity.

On Thursday Microsoft announced that it had finalized its purchase of enterprise social developer Yammer for a cool $1.2 billion. The Yammer acquisition had been in the works since late June.

Several industry commentators, including eXo CEO Benjamin Mestrallet, have said that the purchase is all but an admission of defeat for SharePoint, Microsoft’s own proprietary enterprise social solution. However the purchase comes in the wake of record Q4 and yearly revenue postings for Microsoft, including 10 percent growth for its Online Services Division.

This Week on Business-Software.com

Here on Business-Software.com we took a look at three different companies in the growing big data analytics segment, profiling the open source-minded Cloudera and sitting down for Q&A sessions with Couchbase and 1010data.

On the customer relations and support side we checked out social data analyzer Collective Intellect, customer support solution Freshdesk, and debuted the second part of our ongoing series on The Search For a New CRM. We also made a list of some of the best free accounting software and gave a brief introduction to Platform-as-a-Service technology and what it brings to the business world. Finally, rounding out the week on Friday is our guide to setting up a successful social networking implementation.